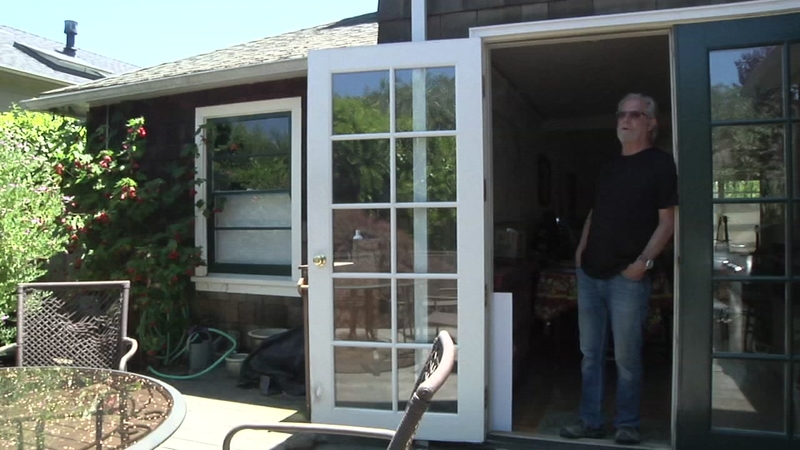 MILL VALLEY, Calif. (KGO) -- The Bay Area is facing a severe housing crunch and ABC7 has been reporting on the shortage all week long. Now, a Marin County man tells his unusual story of he came to own his own home. He needed help from 7 On Your Side's Michael Finney.

Michael White has something many Bay Area residents can only dream of: He owns his Mill Valley home outright.

"The full amount. Paid in full. Out of my mortgage," he says.

Usually, it's "a great day for most people," as White puts it. It's just not what he had planned.

White was paying a monthly mortgage like most homeowners when suddenly he got a letter from Citibank.

"Telling me my mortgage was not paid, which was odd," White said.

Odd because his mortgage was paid with automatic debits every month for the past twenty years. Why not this time?

"I went to the bank and found my account had been frozen," he said.

It was another shock. Why would his bank suddenly freeze his account?

"They would say these words, 'national security interest' and I have no idea what that meant," said White.

White did remember receiving a mysterious call earlier from a Citibank office, asking all kinds of questions about his finances.

"They wanted to know my net worth, all my ownings, if you owned anything else, a boat..." he said.

White found some questions overly intrusive. "I said it's quite honestly none of your business, you don't get that stuff -- you can have information about the house and the mortgage."

That's when Citi froze his account. White did later provide that extra information, and the bank eventually freed up his money. However, he was so upset about the ordeal, he marched to the bank and paid off his home loan.

"It was a big relief actually," White said.

But the problem didn't end there. After he paid off the loan, Citibank took another house payment from his account.

"They took my money, they're not giving it back and they can't find it," said White.

White contacted 7 On Your Side. We reached out to Citibank. It said White never canceled his automatic debits so the money went into his closed mortgage account. However, the bank did find the money and gave it back.

As for freezing his account? Citibank said it was complying with the federal "Bank Secrecy Act," which is intended to uncover financial crime. Though White was not under suspicion, the bank said:

"As part of our compliance with the Bank Secrecy Act, we periodically review bank accounts to verify and update information to ensure our files comply with federal regulations and Citi policies. If we are unable to verify or update the required account information after numerous attempts to contact the account holder, we will restrict access to the account, including closure. When customers come to us with the required information, we make every effort to keep the account open or reopen it as soon as possible. We aim to limit these instances as much as possible. We apologize for any undue inconvenience that may result and have fully refunded the customer."

For White, it was an aggravating ordeal with a very nice upside.

"It's fantastic. I own my own tenth of an acre," he said.

Citibank said questions about White's finances were purely routine -- and even though he's a longtime trusted customer, banks are required to update account holder profiles.