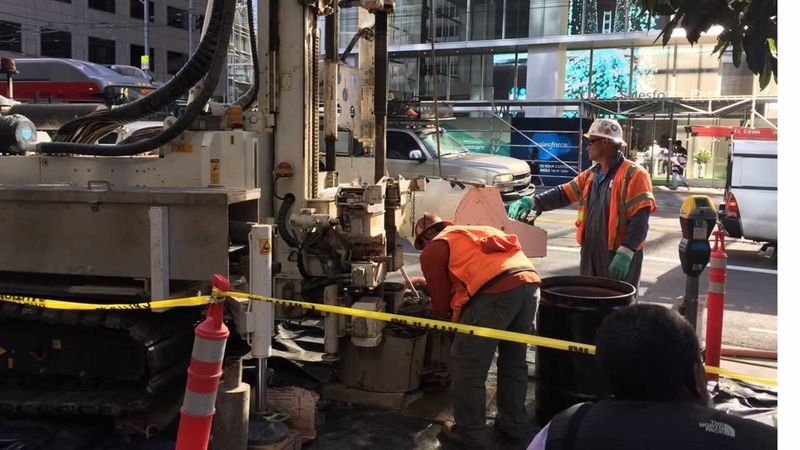 SAN FRANCISCO (KGO) -- The saga of the leaning, sinking Millennium Tower continues as the city of San Francisco said it is suing the developers of the Millennium tower, claiming they defrauded condominium buyers.

"This morning my office filed a lawsuit against the developers of the Millennium Tower," said San Francisco city attorney Dennis Herrera.

The tower is a 48 story downtown high rise which has unexpectedly sunk 16 inches and tilted two inches to the Northwest.

We tested a golfball rolling down the uneven floor of the Dodson family's 42 floor unit toward the direction the building is leaning.

"It's upsetting, but it's also encouraging that the city is stepping up and taking this action," said Dodson.

City Attorney Dennis Herrera charges that Mission Street development defrauded the Tower's homeowners. They are an affiliate that Millennium Partners created to develop the project.

Herrera says they knew about the sinking problem a year before the luxury units went up for sale.

"It's high time that Millennium be held accountable for defrauding the over 400 individuals and entities that exist in that building," he said.

Developers responded with a statement which says in part:

The city attorney's action today has nothing to do with protecting public safety, the building or its residents.

Instead it's an effort by the City of San Francisco to duck its responsibilities and avoid paying for the harm caused by TJPA.

Developers maintain that the tower's sinking was caused when it's groundwater level dropped when the Transbay Joint Powers Authority drilled a nearby tunnel in its transit construction project.