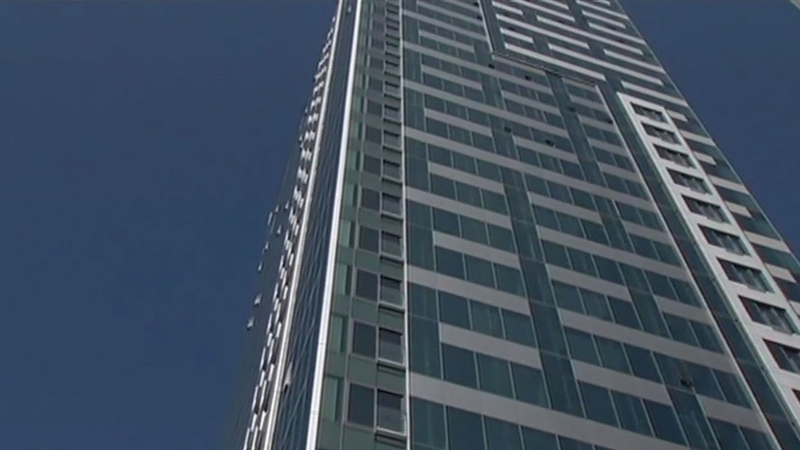 SAN FRANCISCO (KGO) -- It was a big day on Wednesday for some low-income tenants in San Francisco. Their odds were long but they are winners in a very important lottery.

The city has set an ambitious goal to create thousands of new housing units and Wednesday was a small step in that direction that will bring a big change for some.

Jennifer Modesto and Heidi Runyon have won the lottery -- not money but an opportunity to stay in the city.

"Leaving the city would mean leaving my job and leaving my friends and my family here," Modesto said.

Jennifer Modesto is smiling 'cause she hit the housing lottery. A below market rate SF apt. details @abc7newsBayArea pic.twitter.com/3PllQCGsdy

Mayor Ed Lee brought a basket of fruit as a housewarming gift.

More than 2,000 people entered the lottery for just 69 below-market-rate apartments south of Market.

The city requires developers to offer a percentage of affordable units with any new project. Many opt to build more as long as they're off-site, but this developer chose to include the low-income housing in the same complex.

"I think the people who want to live in San Francisco embrace the diversity and that having below-market-rate housing units on a building doesn't detract. It actually enhances the overall experience for the residents," AGI Avant's Eric Tao said.

To qualify they had to meet the city's definition of low-to-moderate income, together making under $43,000 a year.

But in a city where eviction protests and affordable housing rallies are frequent, activists say more must be done.

"I'm not knocking this at all. But I'm saying that this is a drop in the bucket. We need to be thinking even more about the people who make even less than the people who qualify for these units and we need to be protecting people in rent controlled stock right now," SF Housing Rights Committee's Tommi Avicolli said.

Easing the affordable housing crisis is the mayor's top priority. His goal is 30,000 new units within five years.

"We're making great progress in it. We already know the projects that will fill about 20,000 of them and we're working on the next 10," Lee said.