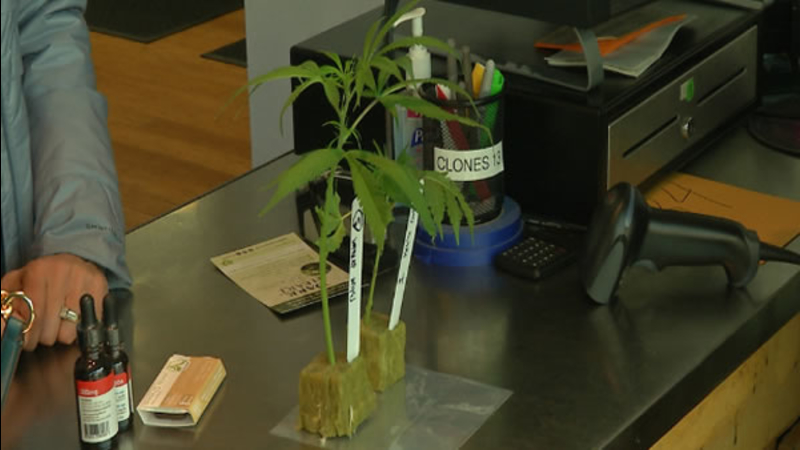 OAKLAND, Calif. (KGO) -- On January 1, recreational cannabis will be legal in California. But are we ready? The state says yes, but be prepared for some hiccups.

At Harborside Cannabis Dispensary in Oakland, they are expanding, making way for what they expect will be a flood of new business.

Andrew DeAngelo has been a longtime advocate for cannabis legalization at Harborside. "We're tearing down walls and were making more space, and it doesn't look very beautiful right now, but by the first of January, this is going to be a beautiful space," said DeAngelo.

Harborside is already one of the busiest dispensaries in the Bay Area. But it is about to get much busier -- they are nearly doubling the size of their sales floor. Harborside will open at 6 a.m. on January 1, ready to sell weed to anyone over the age of 21.

"In previous states that have gone to adult use, they have seen a two to three 'x' increase in the amount of customers that come through the door," said DeAngelo.

The California cannabis industry is expected to generate $4 billion in sales.

Making sure retailers, growers and consumers follow the rules falls on the Bureau of Cannabis Control in Sacramento.

Lori Ajax is the bureau's chief. She said, "We've been issuing licenses all across the state so far and will continue doing so throughout the year."

The bureau started issuing the first retail licenses to dispensaries earlier this month. That license can be issued only in a city or county that allows the sale of recreational cannabis.

According to the California Cannabis Industry Association, less than 30 percent of local governments have done that. That means the closest place to buy legal weed may not be in your neighborhood.

There are also strict rules about the size and location of the farms that grow cannabis. The State Department of Agriculture began issuing licenses this week to farms that want to grow pot.

Richard Parrott runs the licensing program. He said, "On average, what we've been estimating is about 10,000 cultivators to become licensed, that's our best estimate."

The State Department of Health will be responsible for education and pot safety.

California Cannabis Industry Association spokesman Josh Drayton said, "Currently on the market, only about 5 percent of the product is tested. Good operators have been testing for a very long time, but this will be the first time it is mandated. "

The Department of Health will also regulate the amount of THC in edible products. THC is the chemical that gets you high.

All the licenses that go into effect on January 1 will be temporary, because the rules are likely to change as the state fine-tunes its regulations.