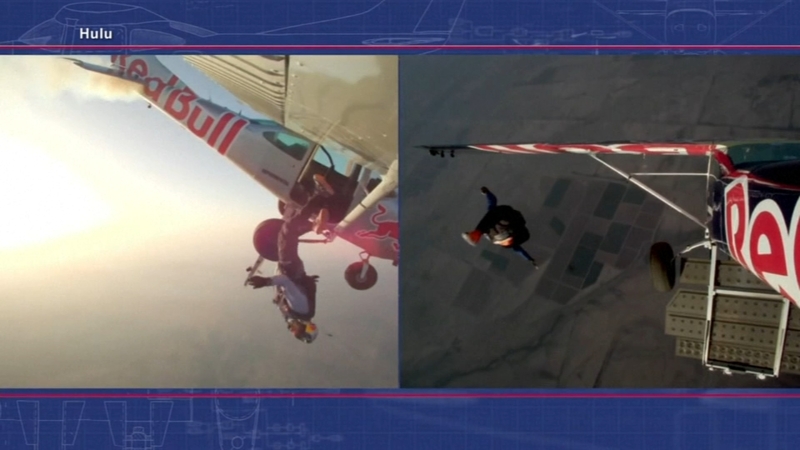 ELOY, Arizona -- Authorities were investigating the crash of one of two planes that were part of a Red Bull stunt in which two pilots attempted to swap planes in mid-air over the Arizona desert.

Red Bull Air Force members Luke Aikins and Andy Farrington attempted to make history with a world's first spectacle, Plane Swap, as each will solo pilot an aircraft, put them into a vertical nosedive, jump out (leaving them empty) and skydive into each other's planes.

Cousins and skydiving pros Aikins and Farrington attempted to tackle the feat in two Cessna 182 single-seat aircrafts at an elevation of 14,000 feet. Once the planes were pitched in a synchronized nosedive, the pilots stopped the engines and exited their aircraft. The duo then attempted to skydive toward each other's planes, with the hope of entering the cockpit, disengaging the braking system, restarting the engines and regaining control.

However, one of the planes ended up crashing during Sunday evening's attempt.

The Federal Aviation Administration said the pilot of the plane that spun out of control and crashed ended up landing safely by parachute. The other pilot regained control of the second plane and landed safely.

The federal agency said it denied an organizer's request for an exemption from regulations that require people operating planes to be at crew-members stations and wear safety belts.