Red flag warnings for fire danger will be in effect from Wednesday morning through Friday afternoon.
AP 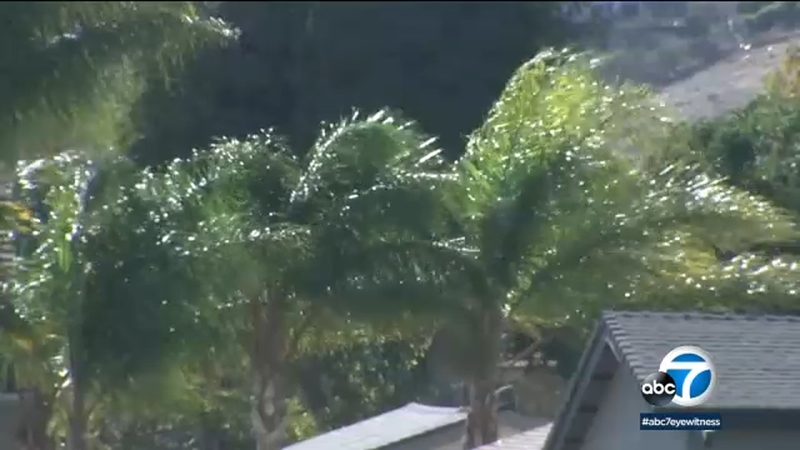 LOS ANGELES -- Thousands of Southern California electrical customers had their power cut Wednesday and more than 200,000 others faced the same prospect as utility companies sought to prevent wildfires as Santa Ana winds developed.

Red flag warnings were posted at late morning and were expected to remain in effect through much of Friday due to predicted strong gusts and very low relative humidity, the National Weather Service said.

#RedFlagWarning in effect for Southern California from 10:00AM Wednesday morning through Friday at 6:00PM due to gusty winds and low humidity. This is #CriticalFireWeather so use caution outdoors. More tips: https://t.co/upBwccxXFO pic.twitter.com/ZOS1KBQzFH

The strongest and potentially damaging gusts were expected from Wednesday night through Thanksgiving morning. Gusts to 75 mph (121 kph) were expected near and below Cajon Pass and near the coastal foothills of the Santa Ana Mountains.

"Fire danger will rapidly escalate during the night," forecasters said.

The Santa Anas brought the prospect of public safety power shutoffs in high-risk areas to prevent wildfires from being sparked if the winds were to damage power equipment or blow debris into power lines.

San Diego Gas & Electric was considering shutting off electricity to more than 53,000 customers.