Only On 7: South San Francisco red light program shuts down 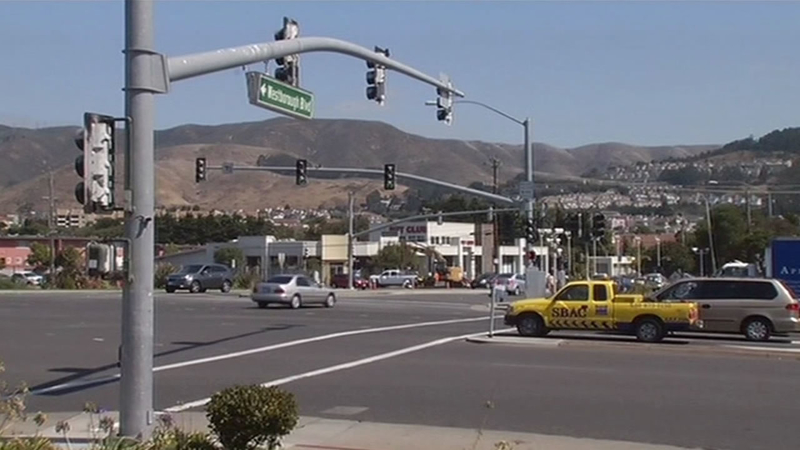 SOUTH SAN FRANCISCO, Calif. (KGO) -- After five years, an embattled red light camera program on the peninsula is quietly going away. It started on a bad note with a costly mistake. South San Francisco has shut down its red light cameras at two intersections along El Camino Real.

ABC7 News first broke this story of problems with these cameras. The decision to pull out the cameras was made last month without any publicity. During its height, there were about 20 Bay Area cities that installed these red light cameras and most of them now have taken them down. Now, South city is joining them.

The red light cameras are still here, threatening drivers with tickets amounting to hundreds of dollars. But they're now impotent. The South San Francisco City Council has voted to take them down from the Westborough Avenue intersection and at El Camino and Hickey Boulevard.

You can tell that Mimi McGinnis is relieved. She's slammed on her brakes many times at Westborough and El Camino, afraid she'll be rear ended. South city joins San Carlos, Burlingame, Belmont and Redwood City as mid-peninsula cities that have turned off their red light cameras.

South San Francisco City Councilmember Mark Addiego said, "It turns out there was no definitive change in the amount of accidents that led you to believe you had a safer intersection."

Addiego said at Westborough and El Camino, there was a difference of only one accident from the year before.

"On Hickey Boulevard, the year before I think there was 16 accidents and the last year of the program there are 24. So nobody was able to hang their hat on safety any longer," Addiego said.

This time, current Mayor Karyl Matsumoto was the only one of the five councilmembers who voted to keep the cameras. She believes they are a deterrent, especially for pedestrian safety.

"When the cameras are rolling, they're going to stop. When these come down, I would bet that you're going to see the Hollywood stops because everyone is in a hurry," Matsumoto said.

South San Francisco has had a troubled relationship with the cameras right from the beginning. They installed them five years ago, but the council made a costly mistake. They forgot to ratify the contract with the camera maker, as required by law, in a public meeting. By the time they caught the mistake, the cameras had been up half a year.