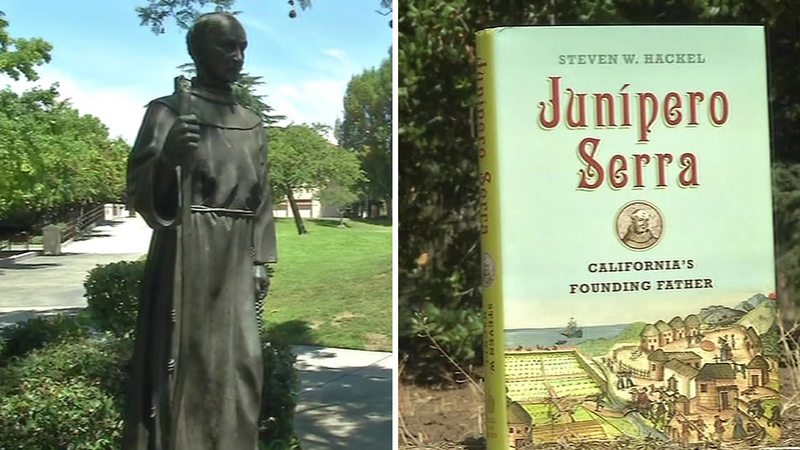 SAN FRANCISCO (KGO) -- Friday night, ABC's David Muir moderated a virtual audience with Pope Francis. The town-hall style meeting connected the pope with Americans in the United States who got to ask questions. What the pope had to say provided clues to what he may say to American Catholics when he arrives later this month in Washington D.C.

On top of the pope's list is addressing the current U.S. immigration debate. 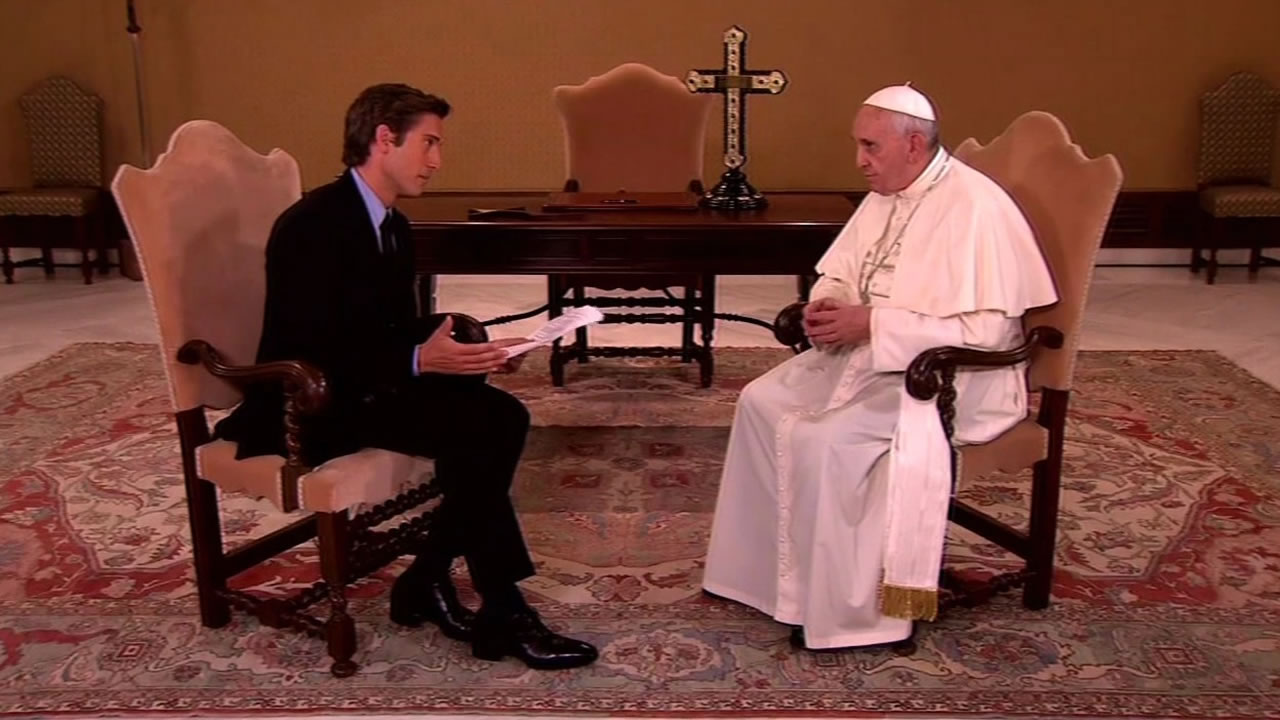 David Muir talks ahead of Pope Francis special on ABC7
More than 50 million Catholics in the U.S. are eagerly awaiting Pope Francis' arrival in the U.S. this month. In advance of the Papal trip, a historic TV event will take place on ABC7.

Many people will be watching the pope closely, including experts on Junipero Serra, the Franciscan priest responsible for building the missions in California. Pope Francis will name him a saint during his visit to Washington.

Father Junipero Serra was one of California's first immigrants. Serra expert and Santa Clara University professor Robert Senkewicz said, "Junipero Serra came to California with the idea of trying to convert the native people to Christianity."

Senkewicz has written extensively about Serra, whose missionary work started in Mexico then moved north into Spanish territory in California.

Senkewicz is among a number of experts who believe the pope is trying to send a message to Americans about immigration.

"What the canonization of Father Serra reminds us, is that the history of the United States was bicoastal, and multiracial," Senkewicz said.

Another Serra expert is UC Riverside professor Steven Hackel agrees. He told ABC7 News, "For immigrants who come to the southwest today, they are not so much newcomers, they are following in the footsteps of others that came long before them, and they have a real place in the U.S."

But making Serra a saint is not without controversy and some Native Americans are asking the pope to reconsider. They blame Serra for bringing diseases that killed more than 150,000 Native Americans. Those who survived were forced into the missions, tortured and beaten if they didn't follow Serra's orders.

"They believed we were filled with demons, and they basically believed the demons had to be beaten out of us," Valentin Lopez, Chairman of the Amah Mutsun Tribal Band, said.

Pope Francis, however, appears be trying to make amends. He will hold high-profile meetings with Latinos and immigrants in each of the three cities he is visiting on his U.S. tour.

ABC7 News anchor Ama Daetz will be live in Washington D.C. -- the first of those three cities -- when the pope arrives on Sept. 22. We hope you'll watch as we follow Pope Francis on this historic trip.