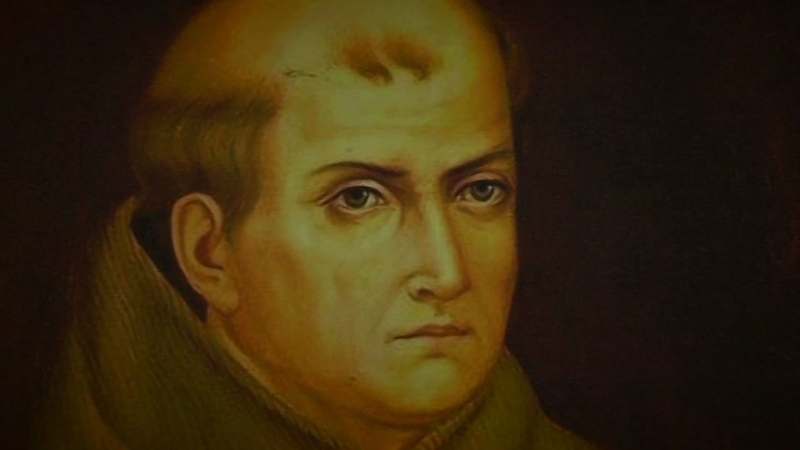 Father Serra oversaw the construction of the first nine missions from San Diego to San Francisco, all built by Native Americans.

Historians say Father Serra was a complicated man, working to spread the word of God while helping the Spanish Empire grow. But his canonization is controversial, with many people wondering how worthy Serra is of sainthood.

Father Serra's remains lie inside the Carmel Mission. He was a missionary from the island of Mallorca off the coast of Spain.

"He left the island in his mid-30s to come to New Spain or Colonial Mexico to come baptize Indians that had never heard the gospel," UC Riverside's Professor Steven Hackel said.

In the 1700s, Spain wanted to expand its territory into California, so the Catholic Church and military staked their claim by building missions and presidios.

There was only one problem - there were already people there, Native Americans. Father Serra saw it as an opportunity to save souls.

"He wanted more than anything to preach to Indian people and try to convince them that Catholicism was the road to salvation," Hackel said.

"When the Spanish first came, it was brutal to our people," Amah Mutsun Tribal Band's Valentin Lopez said.

Lopez is the tribal chairman of the Amah Mutsun Band of Indians. "Our people were doing exceptionally fine. They lived on these lands for 10,000 years," he said.

Lopez's ancestors were among the estimated 300,000 Native Americans in Central and Southern California. The arrival of the Spanish was catastrophic.

The Spanish brought disease that killed half the population. They also brought livestock that trampled the plants the Native Americans ate.

"And he took away their customs. They couldn't speak their language, they couldn't practice their songs or ceremonies," Lopez said.

Those who escaped the back-breaking conditions were recaptured by Spanish soldiers, tortured and often subject to beating.

"They were very liberal and very quick with the whip," Lopez said.

But there's no evidence he himself actually carried out a beating. Native Americans say that doesn't absolve Father Serra of the pain he inflicted.

Pope Francis recently apologized for the church's brutal behavior during colonization. Many Catholics believe the pope is canonizing Father Serra to spur a conversation about healing those old wounds.

That includes Andy Galvan, the curator of Mission Dolores. His ancestors were among the Native Americans who helped build the church.

Still, Lopez represents many Catholics who say Father Serra should not be a saint. Lopez's tribe has written to the pope, pleading with him to reconsider.

"He's going to be the Patron Saint of Enslavement," Lopez said.

So far, there's been no indication that Pope Francis will back down.

The Vatican invited each mission to send a descendant to the canonization.