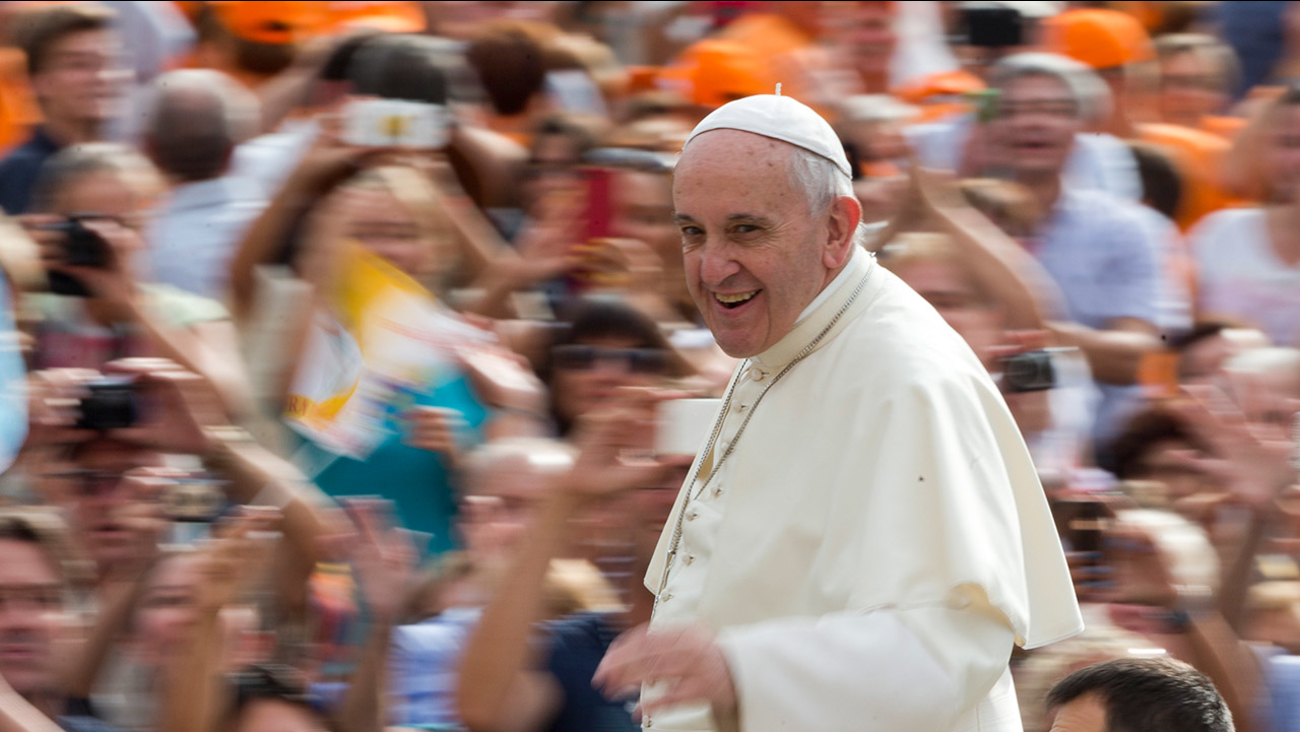 Pope Francis is making his first-ever visit to the United States, September 22-27, 2015. He will be participating in events in Washington D.C. and New York before heading to Philadelphia for the World Meeting of Families and then returning to Rome.

Below is Pope Francis' day-by-day itinerary for the trip:

Tuesday, September 22, 2015
4 p.m.: Pope Francis arrives at Joint Base Andrews, where he will be greeted by President Barack Obama.

Wednesday, September 23, 2015
9:15 a.m.: Pope Francis meets with President Obama at the White House.
11 a.m.: Papal Parade along the National Mall.
11:30 a.m.: Prayer at Saint Matthew's Cathedral with U.S. bishops.
4:15 p.m.: Canonization Mass at the Basilica of the National Shrine of the Immaculate Conception.

Thursday, September 24, 2015
10 a.m: Pope Francis makes a speech in English to the Senate and House of Representatives in a joint session of Congress.
11 a.m. Brief appearance on West Front of the Capitol.
11:15 a.m.: Visit to St. Patrick's Catholic Church in D.C. and Catholic Charities of the Archdiocese of Washington.
4 p.m: Departure for New York from Joint Base Andrews.

Saturday, September 26, 2015
9:30 a.m.: Arrival in Philadelphia.
10:30 a.m.: Mass at Cathedral Basilica of Saints Peter and Paul.
4:45 p.m.: Visit to Independence Mall.
7:30 p.m.: Visit to the Festival of Families at Benjamin Franklin Parkway and prayer vigil with the World Meeting of Families.