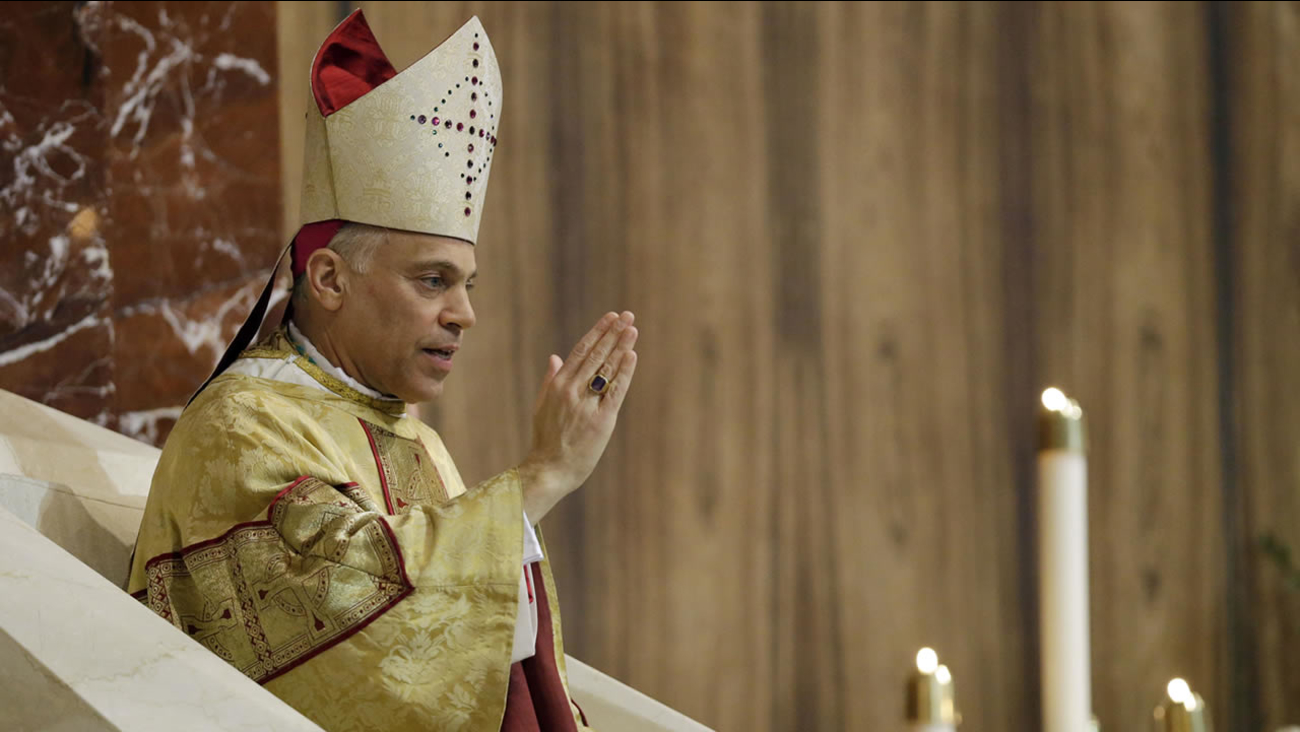 Salvatore J. Cordileone gives a blessing during a ceremony to install him as the new archbishop of San Francisco, Oct. 4, 2012. (AP Photo/Marcio Jose Sanchez, Pool)

Flyers were handed out in front of Saint Agnes Catholic Church Sunday morning.

They ask church members to tell the archbishop not to speak at next Thursday's "March for Marriage" in Washington DC. The event is organized by the National Organization for Marriage.

Cordileone has called for a constitutional amendment prohibiting gay couples from marrying.

"This bishop in particular has really been very anti-gay and has really tried to divide this city around this issue," said Christine Haider-Winnett with Faithful America. "We think that this is time for inclusion. Pope Francis, in particular, said 'who am I to judge' about gay people, really is calling us to be a church that welcomes all." 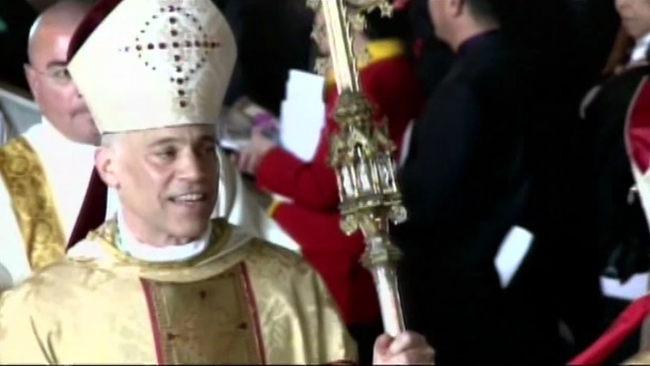