KGO
By by Wayne Freedman and Elissa Harrington 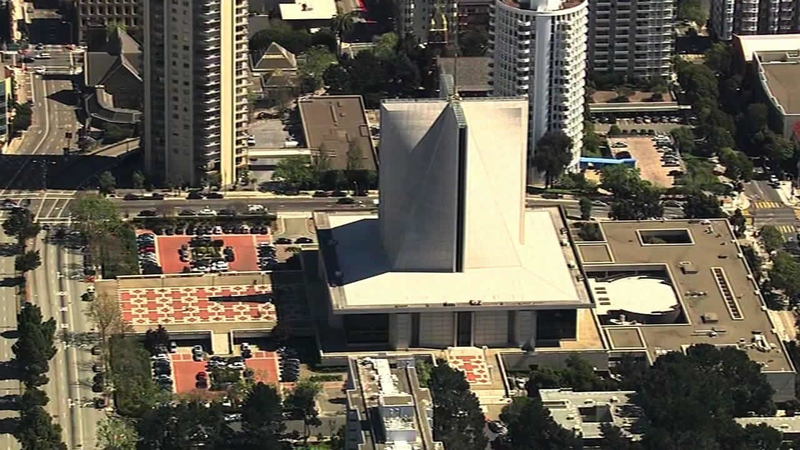 SAN FRANCISCO (KGO) -- Saint Mary's Cathedral in San Francisco is accused of turning the sprinklers on the homeless who were seeking refuge and warmth from the church. A lot of people are shocked by what was done, and now the church is having a change of heart.

The Catholic Church is all about service. It's about helping the needy and the homeless. It certainly does a lot of that in San Francisco. But that was not what the critics were talking about on Wednesday.

Homeless like to sleep in the church's covered doorways to protect themselves from the elements. But if you look directly above, you'll see a spout that sprays water on them while they sleep.

St. Mary's Cathedral is accused of using well-timed sprinklers to prevent the homeless from taking shelter at the landmark church in San Francisco, March 18, 2015.

It's the solution that has now led to an image problem.

"Now, we are sorry that our intentions have been misunderstood, and recognize that the method was ill-conceived," said Bishop William Justice.

Justice didn't order those sprinklers to be installed in the alcoves outside St. Mary's. But on Wednesday he answered questions after revelations that for two years, the church has used them to douse any homeless person who sleeps beneath.

The Archdiocese of San Francisco also heard criticism from the homeless themselves.

And even from the mayor.

"The individual actions of this, it kinda makes your head spin a bit about why this would be done," said Mayor Ed Lee.

A homeless man named Ignacio slept outside the church on Tuesday night. He placed his sleeping bag near the main entrance to stay dry. That's because he said under the covered doorways, "the water comes down every 30 minutes."

Throughout the night, he said water sprays from a spout above, soaking the homeless and their things.

One person camping out in one of the nooks came prepared with an umbrella.

A homeless man uses an umbrella to guard himself against drips of water at St. Mary's Cathedral in San Francisco on March 18, 2015.

On Wednesday morning, ABC7 News found damp socks and other clothing and ground and stairs that were still wet. There are "No Trespassing" signs on the walls.

The church's unintended message is as contradictory as the study in contrasts outside every morning. Statues send messages of welcome and charity while the homeless outside reflect despair and desperation.

"The purpose was to make the cathedral grounds as well as the homeless people, who happen to be on the grounds, safer," Justice said.

But clearly, it failed. The homeless adapted and left behind filth.

A crack pipe was found inside a small water faucet door at Saint Mary's Cathedral in San Francisco on March 18, 2015.

"It was to hopefully move the homeless out of the alcoves so that would not become a place for all that stuff,"

Early Wednesday afternoon, the church announced it will dismantle the sprinkler system. There will be more rains of not-so-holy water, as of Wednesday night.

"Even for people who do a lot for the homeless, the problem is persistent and it gets to be difficult," said Archdiocese of San Francisco spokesperson Larry Kramer.

So much for good intentions and less than perfect outcomes.