Thousands to pack AT&T Park for 'Night of Hope' event 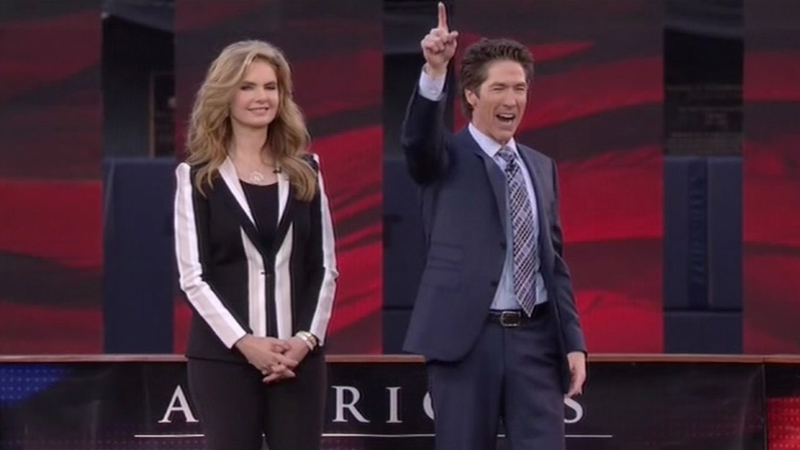 Thousands to pack AT&T Park for 'Night of Hope' event

SAN FRANCISCO (KGO) -- AT&T Park could be full of fans Saturday night, but the San Francisco Giants aren't playing. Thousands are coming to see Pastor Joel Osteen for what's being billed as a night of hope.

"Some people say you're getting people's hopes up, but you can't have faith if you don't have hope," Osteen said.

Osteen is bringing his message of hope to a sell-out crowd at AT&T Park and San Francisco was no scheduling mistake. "We like to go outside the bible belt because that's where the message resonates with people," he said.

Osteen says the message he delivers alongside his wife Victoria is not overly religious, but more inspirational and motivational. "If I can help someone forgive or let go of the past, or to see this day as a gift even though something's not perfect, I believe that's what I hope to do," he said.

Osteen still opposes gay marriage, but says everyone is welcome at his events. "I'm not here to come bash anybody, I'm here for everybody," he said.

Osteen held an event that sold out at Yankee Stadium last year. His net worth is estimated by Google to be about $40 million. "I don't take a salary, I've been blessed off my book sales," Osteen said.

Osteen's books are bestsellers, but he says connecting with fans is what drives his spirit. "Not one of us is going out the same way we came in," Osteen said.

More than a million people have attended the Osteens' "A Night Of Hope" events since they began in 2004.