KGO
Just 24 hours after ABC's exclusive sit-down with Pope Francis ahead of his trip to the U.S. later this month, the pope made headlines by authorizing priests to forgive the "sin of abortion" during the church's Year of Mercy. The pope touched on the subject earlier this week while talking to a Los Angeles woman about the struggles of being a single parent.

In his decision, the pope said he understands that many women feel that they have no choice.

"I have met so many women who bear in their heart the scar of this agonizing and painful decision," he wrote.

The Vatican did, however, make it clear that this does not mean that the church condones abortion.

Pope Francis made that clear during his conversation this week with Americans in three different cities. He was listening to the story of Rosemary, a single mother living in Los Angeles.

"You are a courageous woman because you brought your daughters into the world," he said. "You could have killed them in your womb, but you respected life."

He told Rosemary to walk with her head held high. 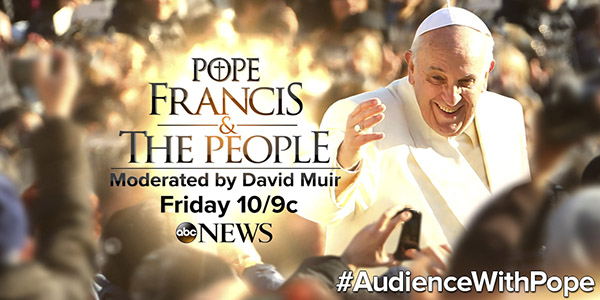