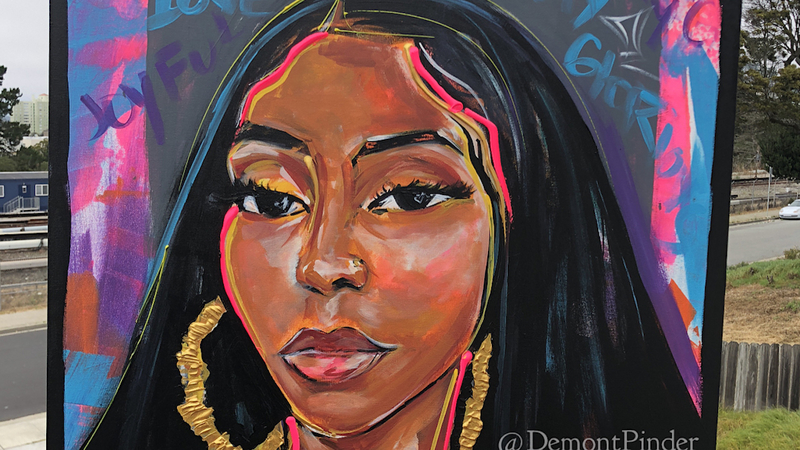 OAKLAND, Calif. (KGO) -- The Oakland teenager killed in an Oakland BART station last Sunday is being remembered nationwide by artists on social media.

VIDEO: 'Remember her' A tribute to Nia Wilson

Nia Wilson was stabbed to death as she waited for a train at the MacArthur BART station. Her sister, Letifah Wlson, was injured.

Within days of the horrific attack, artist Demont Pinder flew from his home in the Washington, D.C. area to Oakland to paint a portrait of the 18-year-old murder victim.

"I can't be there for everyone, but when I can be there, I use my God-given talent to express myself and put it on a canvas and get in contact with the family, to just let them know that there are people out here who want to support them," said Pinder.

Pinder has done portraits of other victims of violence, including Stephon Clark, who was shot and killed by two Sacramento police officers, and Philando Castile, who was killed by a Minnesota police officer. Pinder has become close to some of the family members of the violence victims he has painted.

Pinder and Bay Area artist Andrew Bernard waited six hours at the MacArthur station with the painting until they were able to contact Wilson's family. They gave the portrait to Nia's father.

"He said, 'This is so beautiful. This looks just like my baby girl. This gives me a lot of strength to move on. I love you for that man," recalled Pinder, who posted about the encounter on his Instagram feed.


Bernard is a platform artist that goes by the Instagram name of @younghumblebillionaire. He commissioned Pinder to make the painting of Wilson. The artwork includes the words "Death to Racism," which Bernard hopes creates better understanding and unity among people of different races.

Authorities charged John Lee Cowell, 27, with the murder of Nia Wilson and the attempted murder of her sister. They have not indicated a motive for the attack, but the victim's family has questioned whether it was racially motivated.

Pinder said he is working on another painting of Nia Wilson that will include an original poem by Omari Hardwick, an actor who currently stars in the Starz's show Power.

"When I am painting a picture, I really have the victim's family in mind. I try to think how horrible they may feel at that moment. I use colors that may brighten up that moment," said Pinder, who hopes to give Nia Wilson's family the second painting as well. 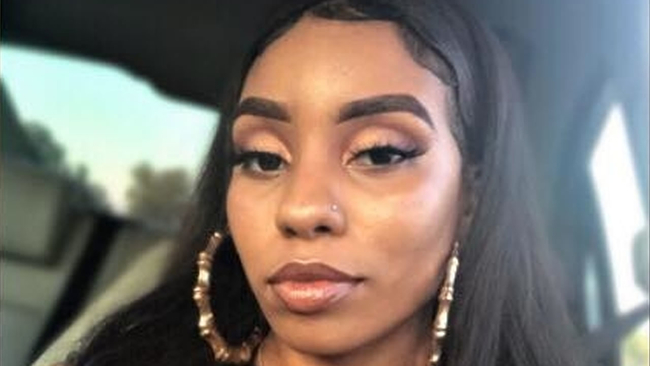 Funeral for Nia Wilson to be held in Oakland
NIA WILSON