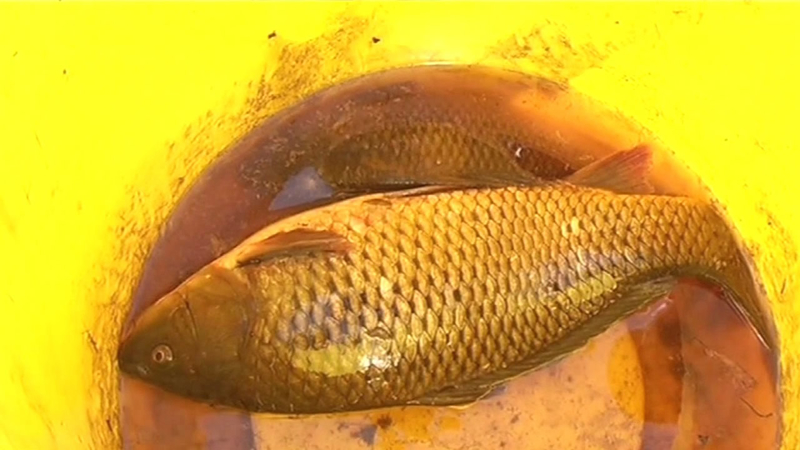 SAN FRANCISCO (KGO) -- Wrestling with a hard-fighting carp takes a great deal of effort. Some of these hefty fish were swimming to the top of Mountain Lake after being poisoned with a pesticide called retenone that suffocates gill breathers.

The Presidio Trust supervised Wednesday's project in which 47 gallons the poison was poured into the four acre lake, located in the Inner Richmond District of San Francisco. The lake has been invaded by non-native fish like carp and the spotted bass, both predatory fish.

"It's diluted but they have to put it out throughout the whole lake because they don't exactly know where the fish are," explained Terri Thomas with the Presidio Trust.

The poison doesn't harm other species, only fish.

On Wednesday, it killed close to 150 spotted bass and carp, which are not native to California. For the past three years the Presidio Trust has tried unsuccessfully to remove them by catching the fish.

John McCosker of the California Academy of Sciences says these predatory fish were doing a lot of harm to the lake. "They suction the bottom trying to get organic material out of it, invertebrates and plants anything. They'll eat anything and in so doing, just causes turmoil in the bottom sediment and water remains brown," explained McCocker.

Researchers says that sediment depletes the lake of much needed oxygen.

They will now wait six months before they introduce native species.