TIMELINE: Reuben Foster's troubles before the NFL and with the 49ers

Why did the 49ers finally decide to cut Reuben Foster? The timeline of his troubled career sheds some light on the question

SANTA CLARA, Calif. (KGO) -- Why did the 49ers finally decide to cut Reuben Foster? The timeline of his troubled career sheds some light on the question.

While his run with the team officially ended in November, the former 49er was arrested three times in one year.

Here's a complete timeline of his troubles before and after his time in the Bay Area:

2012-2016: Foster played 4 years at the University of Alabama, winning a national championship with the team in 2016. He won the Butkus award as the nation's top linebacker and was a unanimous All-American in 2016.

March 3 2017: Foster is sent home from the NFL Draft combine after getting into a heated argument with a hospital worker. The NFL said the he was dismissed for "personal reasons."

April 27 2017: Reuben Foster drafted by the 49ers with 31st overall pick in the first round of the NFL Draft.

January 2018: He was arrested in his home state of Alabama and charged with marijuana possession. The charge was dismissed after he completed a diversion course.

February 2018: His ex-girlfriend Elissa Ennis said he punched and dragged her during an argument. Foster was charged with domestic violence, making criminal threats, and weapons possession.

April 2018: Foster is charged by Santa Clara County prosecutors with multiple counts of domestic violence, as well as a gun charge for possessing an assault weapon. If convicted he was facing 11 years in prison.

May 2018: Under oath, Ennis recanted the allegations saying that her injuries were from a fight with another woman. She also said that the whole thing was a "money scheme" meant to extort money from Foster. The domestic violence and criminal threats charges were dropped.

July 2018: NFL announces that Foster will be suspended for the first two games of the 2018 season for violating the NFL's substance abuse and conduct policy.

October 2018: Santa Clara Police respond to Foster's apartment to investigate report of domestic violence after two neighbors reported a woman crying and being banged up against the wall. The incident is captured on police body cameras. His ex-girlfriend Ennis is present again. Foster was briefly handcuffed after not complying with officer's orders. Police see no visual injuries and neither Foster or Ennis provided a statement. Both were released and no charges were filed.

November 24 2018: Foster was arrested in Tampa, at the team hotel, the night before the 49ers played the Buccaneers. Ennis, who was with Foster told police that he pushed her and slapped her.

November 27 2018: After the 49ers released him, Foster was picked up on waivers by the Washington Redskins. He's placed on the commissioner's exempt list, meaning he cannot play or practice until the NFL's investigation is completed. 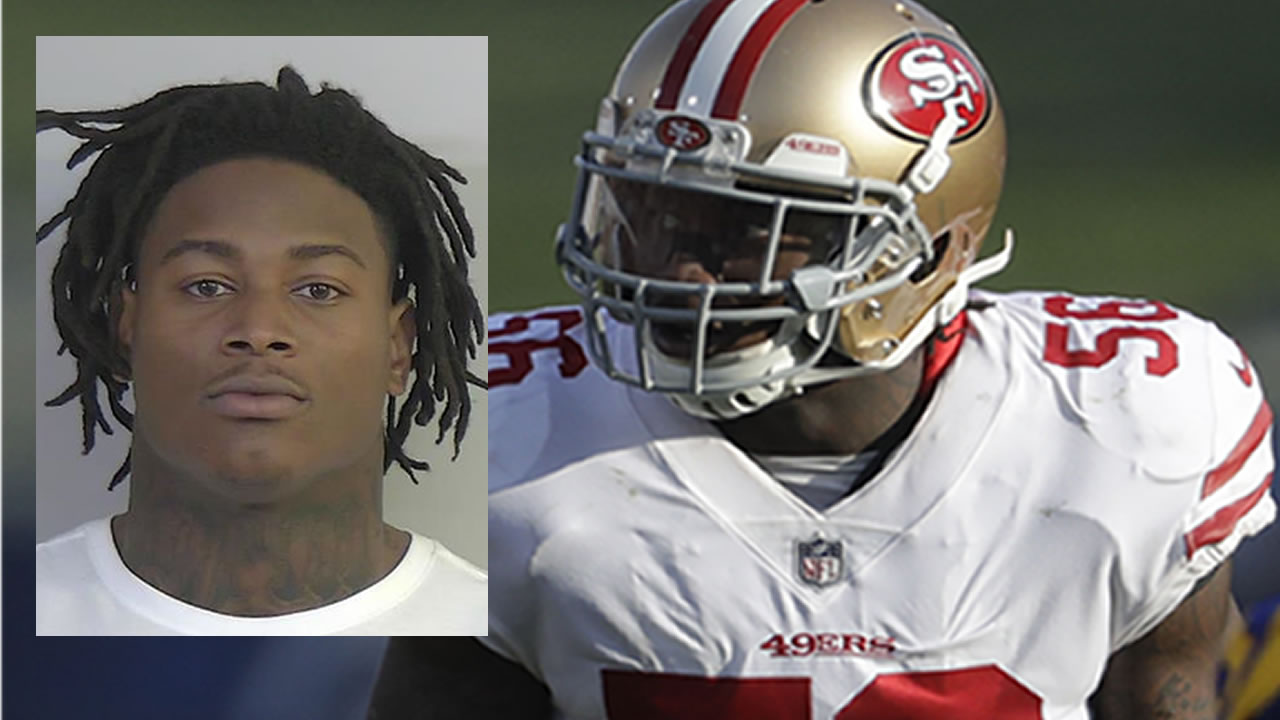