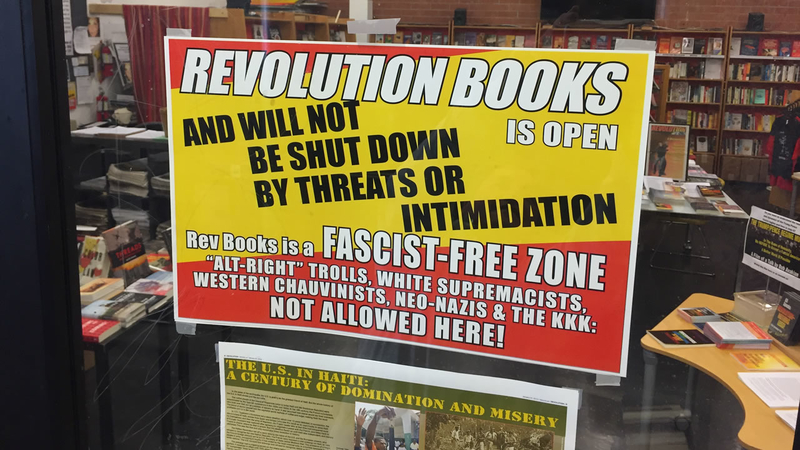 BERKELEY, Calif. (KGO) -- Revolution Books in Berkeley has been the target of several right-wing groups that have protested in front of the store. This weekend, things escalated when a small group threatened to burn the place down.

In cellphone video, a man and a woman are seen and heard insulting Reiko Redmonde, one of the volunteers of the bookstore. " You are so ignorant. Commie scum, you commie scum we're going to burn down your book store, you know that."

RELATED: 9 arrested during protest at speaking event at U.C. Berkeley

The store has been under attack ever since last year's pro-Trump rally in Berkeley. They say protesters have shown up at the store in ten other occasions.

The store sells an array of books. It also promotes those on the revolutionary communist party.

"We stand against white supremacy, we stand against this fascist Trump regime, expressed Rafa Kadaris, another volunteer who has witnessed some of these protests.

Volunteers who work at the store say besides Berkeley police, they are relying on the community to protect this local institution which has been in the neighborhood for three decades.

"We have a text alert system and we are encouraging people to also come in and volunteers to be in the bookstore, said Kadaris.

Other independent bookstores in the Bay Area, like San Francisco's City Lights Books have expressed their support for Revolution Books.