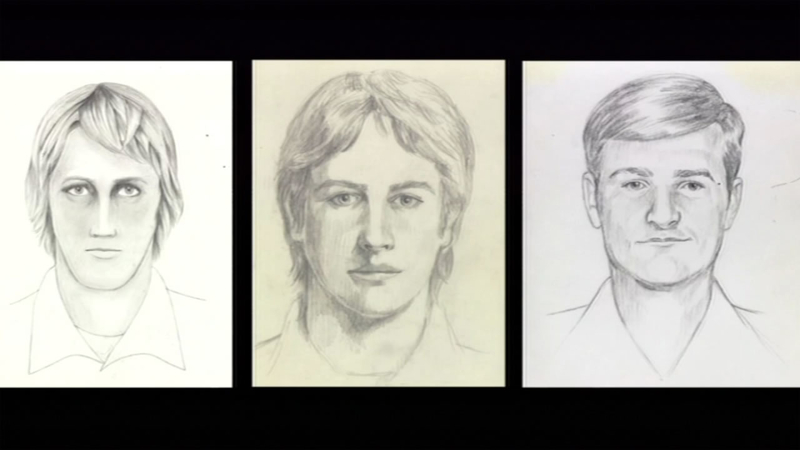 SACRAMENTO, Calif. (KGO) -- There's new hope today for the capture of a violent criminal whose crimes span from Sacramento to the East Bay and down to Southern California.

There's a new effort Wednesday afternoon to find him nearly 40 years after his rape and murder spree.

People in Sacramento know him as the East Area rapist. Down in Los Angeles they called him the Golden State killer. On the 40th anniversary of his first crimes, law enforcement is launching a nationwide push to find out his identity.
"The subject has eluded investigators for over 40 years and the victims and their families deserve justice," said a Sacramento official at a news conference.

The FBI has joined the hunt for one of California's most notorious criminals who first struck 40 years ago in Rancho Cordova.

Police called him the East Area Rapist. He was also a burglar.

"After it was all over and done with he went through the stuff in the room, took money out of my purse," said the victim.

In the months that followed, a slew of sexual assaults in the East Area of Sacramento County and later Contra Costa County. The motive was distinctive and brutal.

"Sock stuffed in my mouth, blindfolded, gagged, hands tied, legs tied, and then you, know pulled me up like this, because I was on my stomach, and put me back in bed and said, if you move I'm going to kill you," the victim said.

That was in the late 1970s. But in 2000, DNA evidence confirmed a link between the Bay Area crimes, and series of murders in Southern California during the 1980s. The East Area rapist had become the Golden State Killer.

"This serial offender was probably one of the most prolific, certainly in California, possibly within the United States," said Sacramento County Sheriff's Sgt. Paul Belli.

The FBI has created a website and they're offering a $50,000 reward. The killer could be in his 60s or 70s by now and may be keeping mementos stolen during his many crimes.