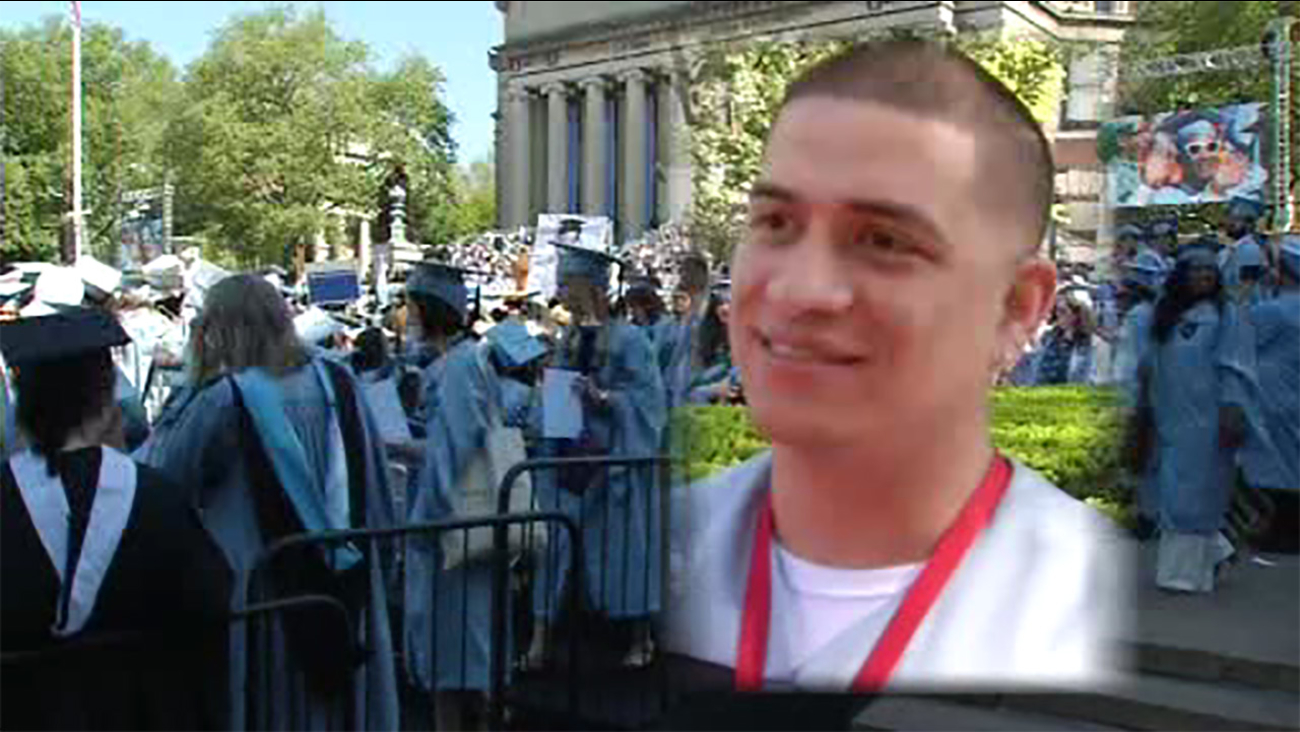 Now, the 28-year-old is an Ivy League graduate and a proud alumnus of Columbia University.

Gamarra was caught with a gun at 16, the first of a series of arrests for assault and weapons charges that led to him spending seven years in prison, two in solitary confinement. But he earned his undergraduate degree while he was there, and now, he has a Master's degree.

"I'm specializing in epidemiology," he said. "I wanted to look at incarceration as a social disease to see how the things that we do with the people who commit crimes affect the health of a community."

"Some of the brightest minds that I've ever met are in jail," he said. "They have had no opportunity to do anything with themselves. They have nothing to stimulate them mentally, nothing to help them grow or rehabilitate themselves. And they just end up not becoming anything because nobody ever gives them a shot."

One of the huge factors in his success is that he was a straight-A student through high school, in part because his parents pushed him. He also credits the gang in which he was a member.

"Even throughout the time where I was in a gang and in and out of prison, I was still always going to school," he said. "Even my fellow gang members were like, 'Listen, you better go to school. We're not going to hang out with you during school hours. And if we find out that you're cutting, we're going to kick you out.'"

So what derailed his life was also supportive in a strange but very real way.

"Let's provide opportunities and programs for kids, so they have a supportive system," he said. "So they don't have to join a gang to begin with."
What turned it around was the moment his baby daughter couldn't touch him through the thick glass partition in prison.

"That really broke my heart, because this is a 4-year-old girl, to try and reach me and she was unable to," he said. "And she was very upset, and that moment for me was the defining moment."

Gamarra already has a post-college job, taking on the very issues he lived through. He starts in June working on policy at Rikers Island.