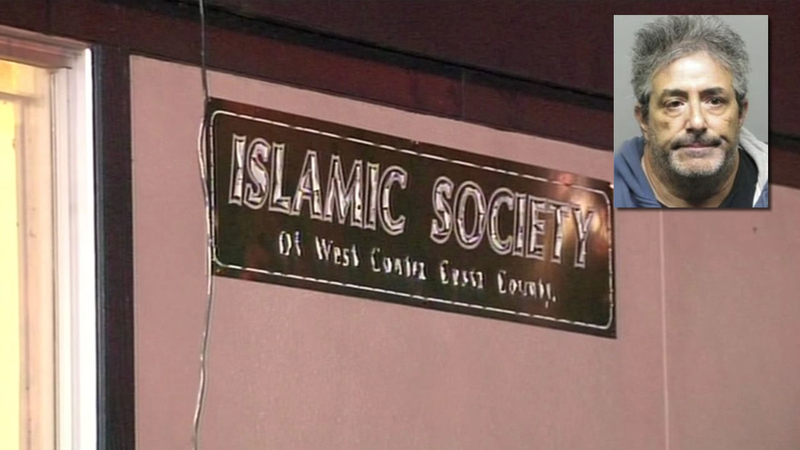 RICHMOND, Calif. (KGO) -- The Richmond Police Department has launched an internal investigation after officials found a pipe bomb inside of a Richmond resident's home. It took investigators two weeks to follow up on an initial call concerning the same suspect.

William Celli is accused of making criminal threats, possessing a destructive device and all of it has a hate crime enhancement.

Investigators believe on Dec. 4, Celli was focused on hurting those at the Islamic Society of West Contra Costa County.

Mosque members say the suspect yelled at them from across the street from a Burger King parking lot. He yelled things like, "I'm going to kill you." It lasted for about 10 minutes, but it took Richmond police three hours to respond.

That's where the problems started, according to those at the police department. The responding officer that day classified the 911 call as a misdemeanor.

"In looking at the nature of what was said, it probably should have been categorized as a felony and probably had a hate crime enhancement," said Richmond police Capt. Mark Gagan.

Since it wasn't classified as a high priority it took a detective until Dec. 17 to follow up. He called authorities where Celli also lived in Calaveras County and deputies then told him about a pipe bomb Celli claimed to have.

Police found it at his Richmond home on Sunday and arrested him. Mosque leaders are concerned this whole thing took so long.

"This type of thing is what I would, and anybody would, classify as terrorism, so our concern from the get go was this should be dealt with immediately," said Imam Hamza of the Islamic Society of West Contra Costa County.