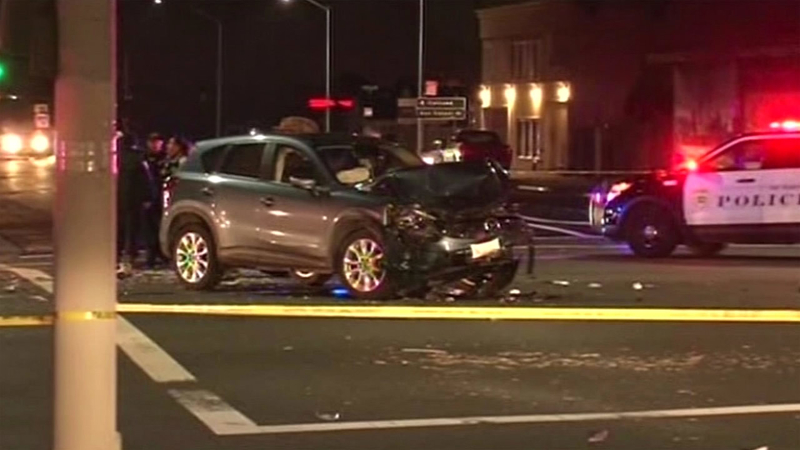 RICHMOND, Calif. (KGO) -- A Berkeley Unified School district fourth grade teacher remains hospitalized in critical condition after she was caught in a shootout near 22nd Street and Cutting Boulevard in Richmond Saturday night.

Police said she was an innocent victim.

It was a difficult day at Cragmont Elementary School for teachers and students. "The whole school community is in pain over such a senseless shooting of a dedicated career teacher," Berkeley Unified School District PIO Mark Coplan said.

Educators said they did their best to explain to students as young as 9 years old their fourth grade teacher was hurt.

Richmond police said Claire Dugan, 52, was driving on the 2200 block of Cutting Boulevard when she was shot in the neck.

Dugan crashed her vehicle. Detectives said they are still following up on leads. One thing they said they know for certain is Dugan was an innocent victim. "It's really unfortunate when this happens in any community and it could have happened to any one of us," Coplan said.

The shooting was the second in the area. Earlier Saturday afternoon, there was another shooting and collision on westbound Interstate 580 near Regatta Boulevard.

Investigators said the victim in that shooting who is also in critical condition appeared to be targeted.

Detectives said they are still exploring whether the two shootings could be related. "Hopefully all of the energy by the authorities is going out to find whoever was responsible for this," Coplan said.

Kinchasa Taylor said her twin daughters are in Dugan's class. After hearing about the shooting on the news, she said she talked to them about what happened. "Just help them with whatever emotion they're feeling," she said.

Emotions ran high for teachers as well as many returned from the holidays on Monday. "Just getting through the day, understanding how this could have happened is hard for them," Coplan said.