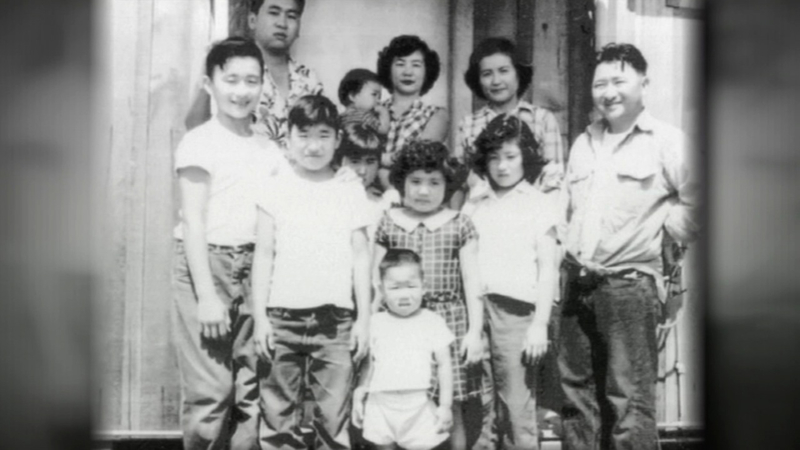 SAN FRANCISCO (KGO) -- Many lawmakers here in the U.S. are pointing to the Paris terror attacks as a reason to restrict refugees from entering the country. Despite a veto threat, a bill putting new restrictions on refugees passed with more than a two-thirds majority in the House on Thursday afternoon.

An anti-refugee statement made by the mayor of Roanoke in Virginia is sparking outraged among the Japanese American community here in the Bay Area and across the country. Mayor David Bowers said he's against helping Syrian refugees while at the same time justified America's decision to imprison Japanese Americans during World War II.

Delphine Hirasuna's family was taken to the Rohwer camp in Arkansas. She was born a year after these camps were dismantled.

"Even if you lived in California, you may not have known that the camps ever existed," she said.

Not only was her father in an internment camp but Delphine Hirasuna tells us her father was drafted by #U.S. Army. pic.twitter.com/iZYCm6J2iX

They were created in 1942 by President Roosevelt. More than 120,000 were imprisoned shortly after Japan's attack on Pearl Harbor.

Today that type of relocation was justified when Bowers referred to the Syrian refugee crisis.

And while the controversy was brewing, on Thursday the House of Representatives voted to keep Syrian refugees out of the U.S. It's something the president has said he will veto, if the Senate doesn't kill it first.

"This is how misinformation gets churned up and then there is suddenly a general cry to imprison these people, keep them out, put them in camps," Hirasuna said.

Congressman Mike Honda, D-Silicon Valley, was only 1-year-old when he and his family were sent to an internment camp.

"I have to say that it's pretty un-American how he's thinking and how he's feeling," he said.

Hirasuna published a book called "The Art of Gaman" which compiles some of the art produced in these camps. She also kept her father's uniform during World War II.

While in an internment camp, he was drafted by the U.S. Army to defend the country which kept him and his family secluded for years.