Durst reportedly had revolver on him during arrest

A police report says wealthy eccentric Robert Durst was in possession of a revolver when he was arrested at a New Orleans hotel on a murder charge in the death of his friend in Los Angeles.

HOUSTON (KGO) -- A police report says wealthy eccentric Robert Durst was in possession of a revolver when he was arrested at a New Orleans hotel on a murder charge in the death of his friend in Los Angeles.

On Monday, he waived extradition and will face a murder charge in Los Angeles. The big break in the 15 year old case may have come from his own mouth, with cameras rolling. And now, the filmmaker is speaking out.

The words were stunning, captured by a microphone during a shoot for an HBO documentary called "The Jinx: The Life and Deaths of Robert Durst."

In the finale of the true-crime series Durst said, "What the hell did I do? Killed them all of course."

The 71-year-old was arrested Saturday in New Orleans, just before the airing of the Saturday night finale.

"There it is, you're caught," said Durst during the show.

The millionaire real estate heir is charged in the 2000 shooting death of his friend Susan Berman.

The six part series profiled Berman's death, as well as the unsolved disappearance of Durst's first wife Kathy in 1982.

And also the death of his neighbor in Texas in 2000.

Durst was acquitted of his neighbor's death after claiming self-defense.

On camera for the documentary, he repeatedly denied killing anyone.

Off camera while in the bathroom, possibly unaware his microphone was still on, the bombshell audio was recorded.

It wasn't until two years later that an editor discovered it and handed it over to police.

Los Angeles police issued the warrant saying new evidence had come to light in the past year. But a source tells the LA Times the documentary did play a role.

On morning in a New Orleans courtroom, Durst waived extradition to California to face the murder charge. His attorney Dick Deguerin spoke to the media.

"Bob Durst didn't kill Susan Berman," said Deguerin. "He's ready to end all the rumor and speculation and have a trial."

Durst's attorney told Fox News he was underwhelmed by the new developments revealed in the documentary, including the ramblings in the bathroom. 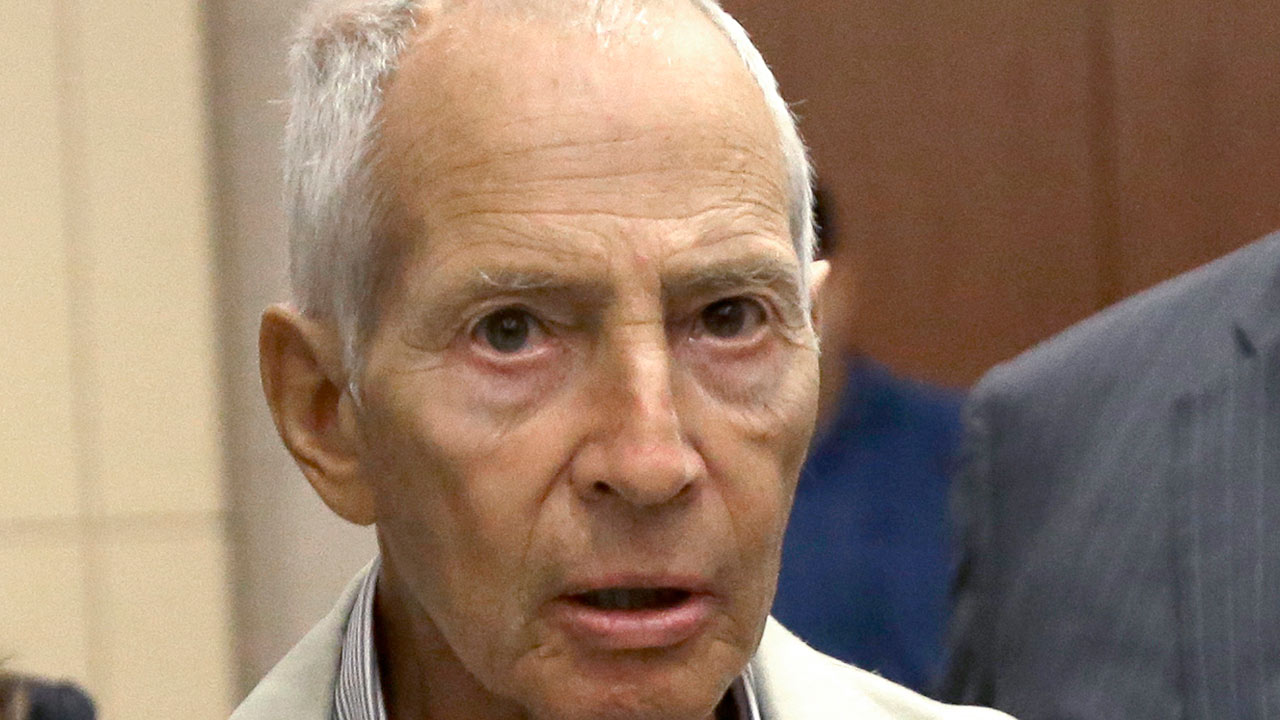 Robert Durst says in HBO finale he 'killed them all'