Residents demanded surveillance video around the time and place where Fuller's body was found.
KABC 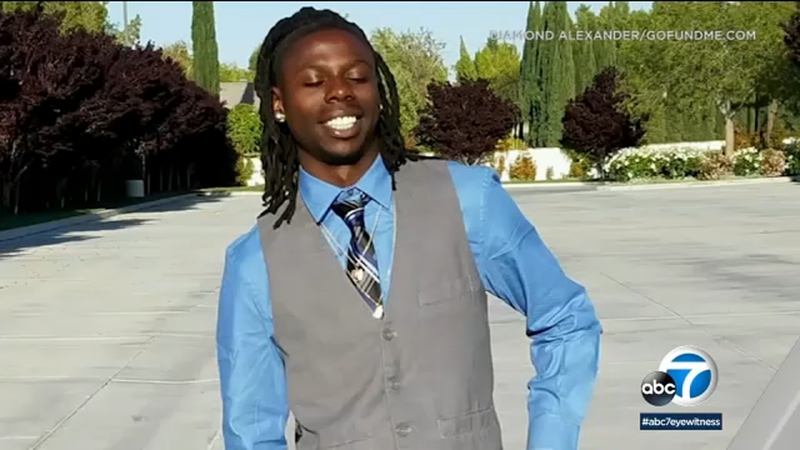 Officials call for independent probe into death of Robert Fuller

PALMDALE, Calif. -- The city of Palmdale on Saturday issued a statement "officially supporting the call for an independent investigation and an independent autopsy" of Robert Fuller, a 24-year-old man whose body was found hanging from a tree near City Hall earlier this week.

The city "is joining the family and the community's call for justice, and we do support a full investigation into his death. We will settle for nothing less than a thorough accounting of this matter," the statement said.

Palmdale officials have reached out to Fuller's family, offering help and support, said John Mlynar, a spokesman for the City.

Fuller was pronounced dead by personnel from a nearby fire station who responded to the scene.

On Saturday, family, friends and community members gathered at a park in front of City Hall and held an emotional rally, demanding answers into Fuller's death.

"Although the investigation is on-going, it appears Mr. Fuller, tragically, committed suicide," the Sheriff's Department said in a Friday news release.


The statement said, in part:

"Today, I asked California State Attorney General Xavier Becerra to conduct an independent investigation into the death of Mr. Robert Fuller who was discovered hanging from a tree in the City of Palmdale. The Attorney General, as the lead attorney and law enforcement official for the State of California, will lend additional expertise and oversight into this important investigation and provide the community with the answers they deserve."

An autopsy was conducted Friday by the Los Angeles County coroner's office, which deferred the cause of death.
"When a cause of death is deferred, a deputy medical examiner is requesting additional investigation, including laboratory testing and witness statements, before providing a final determination on the cause and manner of death,'' a coroner's spokesperson said.

Sheriff's Capt. Ron Shaffer said homicide detectives were investigating the circumstances leading to Fuller's death to determine if foul play was involved. He urged members of the public to contact detectives if they have relevant information, particularly about where Fuller had been and who he had been with in recent weeks.