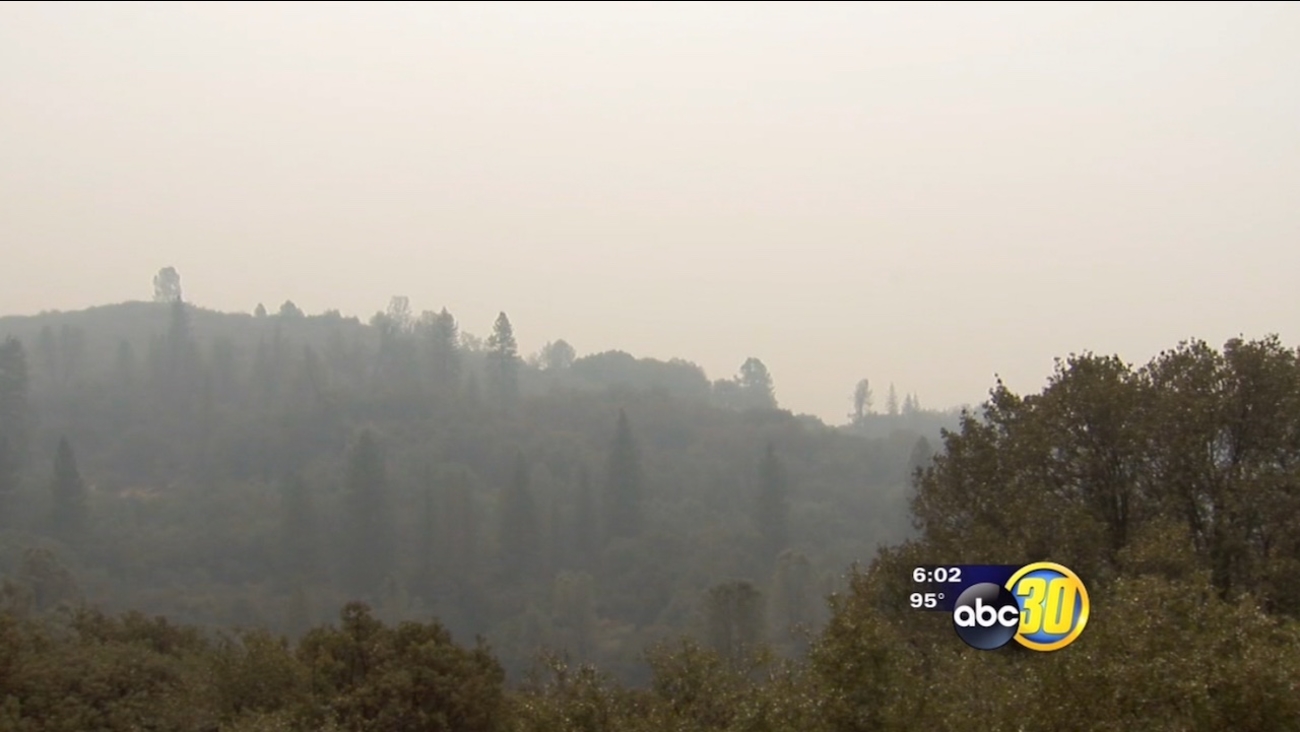 FRESNO, Calif. -- The Fresno County Sheriff's Office says new mandatory evacuation notices are being issued due to the massive Rough Fire burning in the Sierra National Forest. The fire has scorched more than 95,000 acres and is 31 percent contained.

The Red Cross has set up an evacuation center at 730 Recreation Avenue in Sanger.

One of the road blocks for mandatory evacuations. A lot of the homes affected are in remote Fresno County. @ABC30 pic.twitter.com/f4p0oKx38K

The following news release was provided by the sheriff's office:

According to Penal Code Section 409.5 (c), any unauthorized person who willfully and knowingly enters an area closed pursuant to subdivision (a) or (b) and who willfully remains within the area after receiving notice to evacuate or leave shall be guilty of a misdemeanor.

This misdemeanor occurs only if a person both enters a closed disaster area knowing it to be closed and subsequently refuses to leave when ordered to do so.

No crime is committed by a person occupying his or her home prior to the closing of the area and subsequently refuses to leave when ordered to do so.