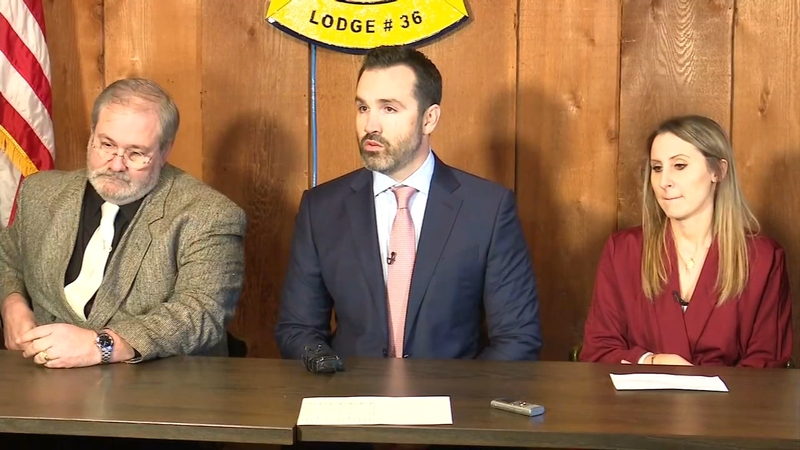 SOUTH BEND, Ind. -- A family is suing Royal Caribbean for negligence after a toddler died from falling out of one of the cruise line's windows that her grandfather thought was closed, according to the lawsuit.

The family of 18-month-old Chloe Wiegand was on a ship in July when the child's grandfather, Salvatore Anello, placed her on a wood railing in front of a wall of glass windows, later saying he thought she'd bang on the glass -- but the window was open.

The girl's grandfather said Wednesday he was broken.

Chloe's family, who lives in South Bend, Indiana, said the cruise line made it difficult for passengers to tell whether a window was open or closed on the ship.

Their attorney, Michael Winkleman, said the family hoped the lawsuit would raise awareness about window falls. He said the crux of the complaint is that the wall of glass was unsafe so close to a children's play area, and there are laws in place to prevent that from happening. Other cruise lines follow those laws, Winkleman said.

"Had the Wiegand family been on a different ship, Chloe would still be here," he said.

The family insists there should have been some type of warning that the window was open. They also said Chloe used to bang on the glass at her brother's hockey games, and the toddler likely thought it was a similar situation.

They were only on the ship for three hours prior to the girl's death, Winkleman said.

"This is a very difficult day for our family," said Kimberley Wiegand, Chloe's mother. "Our daughter, Chloe, died in July. This Friday would've been her second birthday. We should be celebrating with a present and birthday cake, but instead we're here talking about her death. I spend my evenings visiting with her urn, rather than rocking my little girl to sleep. We would give anything to find ourselves in different circumstances."

"We believe that filing a lawsuit against the cruise line sends a message to them that they were wrong," Wiegand said.

A Royal Caribbean Cruises spokesman said Wednesday, "Our hearts go out to the family for their tragic loss. Mr. Salvatore Anello is currently being criminally prosecuted for negligent homicide in the case. We have no comment on the civil filing."

Winkleman said the family waited five months to file suit because they wanted access to surveillance footage of the incident first. He said they did not want to release that video publicly.

The toddler's mother said she does not support any criminal charges.

"I do not want the legacy of our little girl to be the history of court cases," she said. "She was an actual person who lived and spread happiness wherever she went. To know Chloe was to love her immediately."