Vladimir Putin has ordered a temporary ceasefire in Ukraine for 36 hours this week to allow Orthodox Christians to attend Christmas services.

Russian President Vladimir Putin has ordered his defense minister to implement a temporary ceasefire in Ukraine for 36 hours this week to allow Orthodox Christians to attend Christmas services, according to a Kremlin statement Thursday. But the proposal was swiftly dismissed as "hypocrisy" by Ukrainian officials.

Putin's order came after the leader of the Russian Orthodox Church, Patriarch Kirill of Moscow, called for a ceasefire between January 6 and January 7, when many Orthodox Christians celebrate Christmas.

During his nightly address on Thursday, Ukrainian President Volodymyr Zelensky said Russia aims to use Orthodox Christmas "as a cover" to resupply and stop Ukrainian advances in the eastern Donbas region.

"What will this accomplish? Only another increase in the casualty count," he added.

Serhiy Haidai, head of the Luhansk regional military administration, told Ukrainian television: "Regarding this truce -- they just want to get some kind of a pause for a day or two, to pull even more reserves, bring some more ammo."

"Russia cannot be trusted. Not a single word they say," Haidai added.

Now in its 11th month, the battle that many experts thought would be over within days or weeks has become a grueling war.

Both sides have taken blows in recent weeks: Ukraine's economy shrank by more than 30% last year, with Russian missile strikes pummeling civilian infrastructure, leaving many without heat in the height of winter. Meanwhile, Ukrainian attacks on Russian barracks have killed a significant number of Russian troops and sparked controversy within Russia.

Ukrainian presidential adviser Mykhailo Podolyak responded to Putin's move on Twitter by saying that Russia must leave "occupied territories" in Ukraine before any "temporary truce."

"First. Ukraine doesn't attack foreign territory and doesn't kill civilians. As RF [Russian Federation] does ... Second. RF must leave the occupied territories -- only then will it have a 'temporary truce'. Keep hypocrisy to yourself," Podolyak said.

The proposal for a temporary truce also raised eyebrows among the international community.

US President Joe Biden expressed skepticism on Thursday, telling reporters that he was "reluctant to respond anything Putin says. I found it interesting. He was ready to bomb hospitals and nurseries and churches on the 25th and New Year's."

He continued, "I mean, I think he's trying to find some oxygen."

US State Department spokesperson Ned Price described it as "cynical" and that the US had "little faith in the intentions behind" Russia's proposed ceasefire.

German Foreign Minister Annalena Baerbock on Thursday also warned that the promise of a ceasefire would not bring "either freedom or security" to the people living under Moscow's brutal war.

"If Putin wanted peace, he would take his soldiers home, and the war would be over. But apparently, he wants to continue the war after a short break," she said in a tweet.

Putin's order comes after he spoke with Turkish President Recep Tayyip Erdogan -- who has attempted to position himself as a broker between the Russian president and the West -- where Putin said he was open to "serious dialogue" regarding Ukraine, but Kyiv must accept the "new territorial realities," according to a Kremlin statement.

The full statement from the Kremlin on Thursday read: "Taking into account the appeal of His Holiness Patriarch Kirill, I instruct the Minister of Defense of the Russian Federation to introduce from 12:00 January 6, 2023 until 24:00 January 7, 2023, a ceasefire along the entire line of contact between the parties in Ukraine.

"Based on the fact that a large number of citizens professing Orthodoxy live in the combat areas, we call on the Ukrainian side to declare a ceasefire and give them the opportunity to attend services on Christmas Eve, as well as on the Day of the Nativity of Christ."

Kirill has been a vocal supporter of Russia's war in Ukraine, and gave a sermon in September in which he said that "military duty washes away all sins."

The leader of the Russian Orthodox Church has also been locked in a feud with Pope Francis, who has described the invasion of Ukraine as Russian "expansionism and imperialism."

And in May, the Pope urged Patriarch Kirill not to "become Putin's altar boy."

In November, a branch of Ukraine's Orthodox church announced that it would allow its churches to celebrate Christmas on December 25, rather than January 7, as is traditional in Orthodox congregations.

In recent years a large part of the Orthodox community in Ukraine has moved away from Moscow, a movement accelerated by the conflict Russia stoked in eastern Ukraine beginning in 2014.

Ukrainians, who have suffered nearly a year of conflict, expressed distrust of Putin's announcement.

In the southern region of Kherson, Pavlo Skotarenko doesn't expect much to change. "They shell us every day, people die in Kherson every day. And this temporary measure won't change anything," he said.

From the frontlines in Ukraine's eastern Luhansk region, a Ukrainian soldier told CNN that the temporary ceasefire announcement looked like an effort to clean up Russia's image.

"I do not think that this is done for some military tactical purpose, one day will not solve much," the Ukrainian soldier, who goes by the call sign Archer, told CNN by phone.

"Perhaps this is done to make the image of the whole of Russia a little more human, because so many atrocities are constantly emerging, and this could earn them few points of support from the people," the soldier said.

And in the capital Kyiv, where Russian attacks during New Year soured even the most modest celebrations, Halyna Hladka said she saw the temporary ceasefire as an attempt by Russians to win time.

"Russia has already shown active use of faith in numerous kinds of manipulations. And besides, in almost a year of war, Russia has not behaved itself as a country capable of adhering to promises," she said. 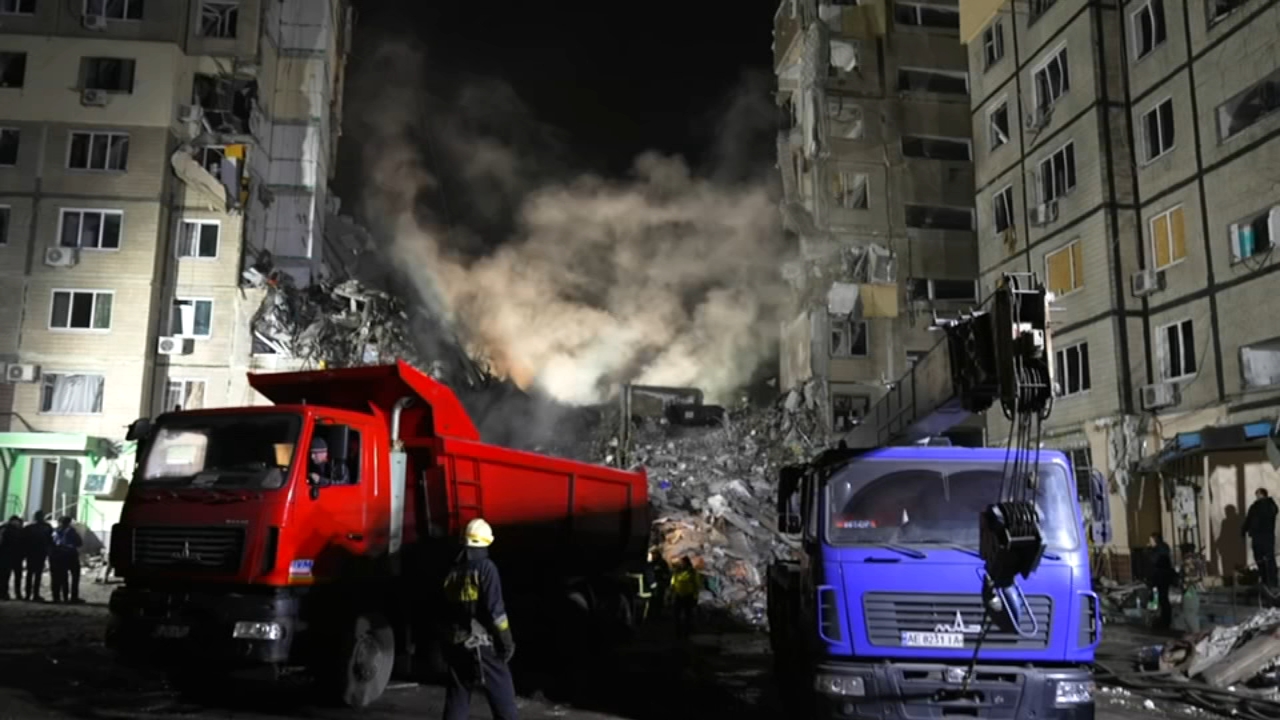