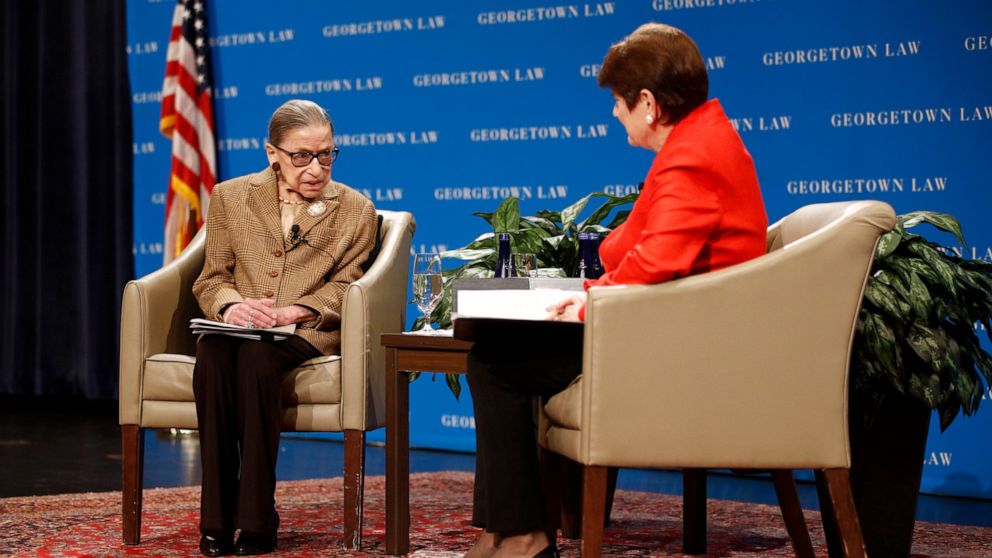 Justice Ruth Bader Ginsburg was hospitalized Tuesday afternoon for "a benign gallbladder condition" that had caused an infection, according to Supreme Court spokeswoman Kathy Arberg.

Ginsburg was released from Johns Hopkins in Baltimore Wednesday, after she participated in the telephonic oral arguments earlier in the day. The court heard oral arguments in a case involving the Affordable Care Act's contraceptive mandate.

"She is doing well and glad to be home," according to a statement from the court. "The Justice will return to The Johns Hopkins Hospital in Baltimore, Maryland, for follow-up outpatient visits over the next few weeks to eventually remove the gallstone non-surgically."

The 87-year-old also participated in questioning on Monday and Tuesday by phone during the court's first livestreamed proceedings.

ABC News confirmed that Ginsburg had been continuing her famous workouts during the pandemic at a special fitness space set aside for her inside the courthouse. In January, she declared that she is "cancer free."

She was most recently hospitalized in November 2019 when she was treated for a possible infection.
Report a correction or typo
Related topics:
abc newsnational
Copyright © 2020 ABC News Internet Ventures.
More Videos
From CNN Newsource affiliates
TOP STORIES