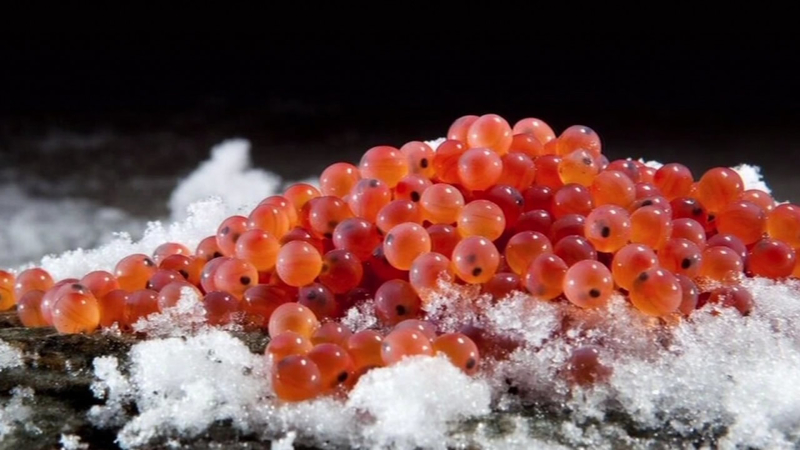 SAN FRANCISCO (KGO) -- Could something you order for dinner at a restaurant actually help smooth your skin? Yes, it turns out salmon contains the secret ingredient in a new skincare product.

June Wolf is trying out a new topical treatment for her skin. And while most patients probably wouldn't be concerned with how a skin cream smells, in this case, it was a bit of a relief.

"I tried it and I really liked the smell. The smell doesn't smell like salmon," Wolf said.

Why salmon? The cream, called Restorsea,was actually spawned by an unusual discovery, according to San Francisco dermatologist Dr. Vic Narurkar.

"And the active ingredient is what we call hydrolyzed salmon roe," Narurkar said.

Its origins trace back to a breeding center in the fjords of Norway, which hatches mounds of salmon eggs at a time. Workers who had their hands in and out the water tanks reportedly noticed their skin becoming smoother. According to the manufacturer, tests pointed to an enzyme that the hatching salmon release to dissolve the shell of their egg.

"This hydrolyzed salmon roe is an exfoliant and has a very similar activity to products like glycolic acid and retinols that we use routinely," Narurkar said.

The company ultimately hatched the idea of turning the ingredients into a skin care system and diving into the competitive waters of topical products, all designed to smooth wrinkles and rejuvenate the skin by sloughing off dead-cells.

"That's how all the exfoliants and cell turnover products work," Narurkar said.

As for Wolf, she says the pleasant scent offers just a hint of the cream's somewhat unusual origins.

The manufacturer says the active ingredient is actually collected during the hatching cycle and no salmon are harmed in the process.