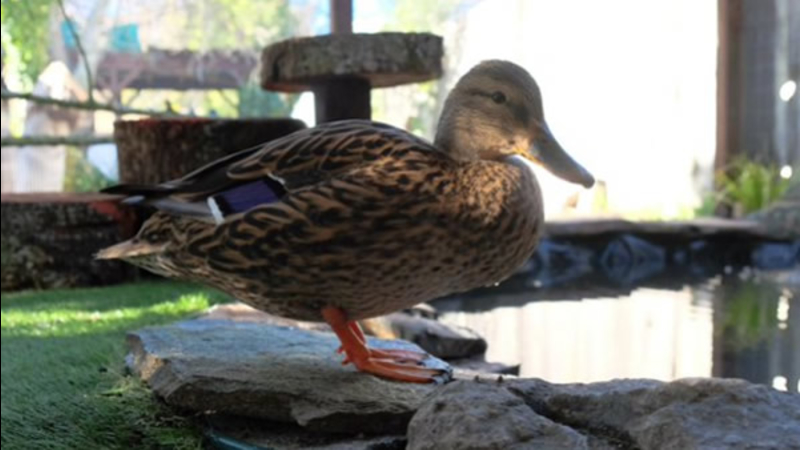 SAN ANSELMO, Calif. (KGO) -- A beloved Bay Area duck named Juanita was reunited with a group of seniors in Marin County on Wednesday.

As ABC7 News reported previously, the trouble for Juanita began month ago when the mallard duck flew from her home at Bello Gardens Assisted Living Facility in San Anselmo to a neighbor's yard.

A person did not realize Juanita had been living at Bello Gardens and called a wildlife rescue organization to pick the duck up. Federal wildlife regulations then kicked in, preventing the duck from returning to the assisted living community.

Juanita began life as a little hatchling rescued from the street by senior citizens at Bello Gardens and they came to love her. 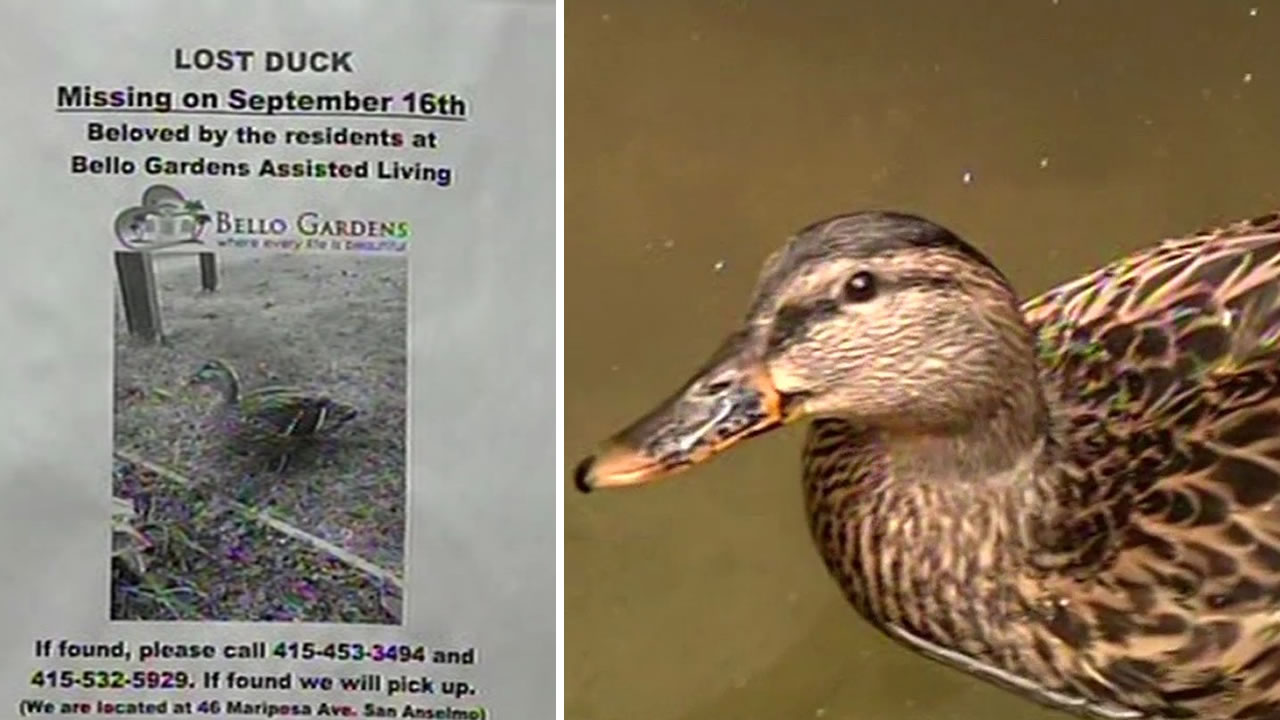 San Rafael's Wildcare Rescue could not send Juanita home because federal law does not allow wild birds to become pets. "This was very challenging for Wildcare Rescue. We looked like we were trying to hold on to the duck and that was never the case," Wildcare Rescue spokesperson Alison Hermance said.

It wasn't pretty last September when the seniors mounted a public relations campaign to save Juanita. "I don't know why we can't have her back. It's not going to happen is it?" Larita Clark said.

But it finally did after months of paperwork and unspecified dollars.

Juanita didn't return as a pet officially, but as a wild educational animal after meeting all legal requirements that accompany the designation.

Bello Gardens resident Neysa Hinton said the seniors didn't want another duck because they wanted Juanita back if we could make it happen.

Juanita can now live at Bello Gardens again after the center obtained an educational permit and upgraded her living quarters.

#quacktastic Today, home. Wildcare and the senior center hatched a plan to make her an educational exhibit. pic.twitter.com/d9yFwdpkqJ

#quacktastic For months, she remained @Wildcare in Marin County. Tough spot for a good organization. pic.twitter.com/5X9HirfZhU

#quacktastic It is illegal to keep wild animals as pets. The seniors at Bello Gardens were devastated. pic.twitter.com/48UKpooxcp

#quacktastic Here’s a happy twist on the concept of having a duck for Christmas. Juanita is home. Remember Juanita? pic.twitter.com/RrvOnzJzOd

Juanita the duck…freed from federal shackles. Details to follow pic.twitter.com/4eEzJm49q1