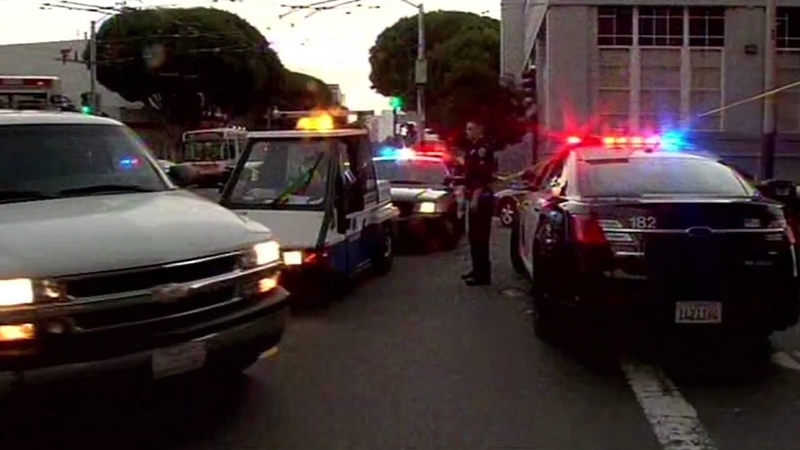 SAN FRANCISCO (KGO) -- Investigators are searching for other body parts after officers found a headless human torso in suitcase near 11th and Mission streets in San Francisco's South of Market neighborhood.

After the discovery, police thought they had a video which showed the suspect. It turns out, however, that they had the wrong person. Three people who were detained were released after a brief time. Now, we're learning that they may have video that shows the actual person.

Police were back Thursday morning, combing through garbage bins in the neighborhood where the body parts were found. Officers were also showing stills from video to homeless people like Michael Grady.

"What it was, was like a behind shot of him with a hoodie on carrying a black backpack with the emblem, a logo, right in the middle of it," he said. "We all looked and all of us have not seen the guy."

Shortly after 4 p.m. Wednesday, officers responded to a call about a suspicious package in front of Goodwill Industries. There, they discovered the suitcase with a headless torso inside. Then a homeless man pointed them to a set of garbage cans at nearby Firestone Tires. Inside one of the cans was a bag containing a leg.

Officers are now looking for the other body parts. They've also going to businesses looking for security video. Among them, one from outside Goodwill. Company CFO Gary Grellman told us what was on that video.

"A gentleman across the street, you know, it was quite a distance away, he seemed to be pulling something," he said. "That was basically it."

The gruesome discovery horrified people who work and live around here. Many of them told us they saw people acting suspiciously before the body parts were found.

"This guy definitely had just a dead stare," said Jason Chandler, who works in the SoMa. "I mean, we stared at him and he was like off in some other world."

Fellow SoMa worker Miguel Valdez added, "I happened to see a homeless guy with a knife stabbing into a tree and kind of just planting it into the tree."