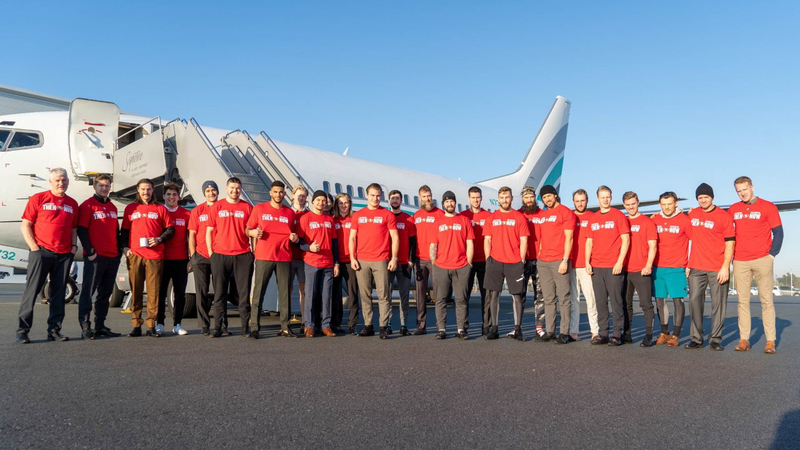 SAN JOSE, Calif. (KGO) -- As the eyes of the sports world set on the Bay Area again, we can't help but think of the recent success that our teams have had making it to the championship round.

The Giants, Warriors and Sharks join the 49ers as teams to make it to the biggest stage in the past decade and that experience is incredibly valuable.

But, like the rest of the Sharks team, he will be cheering for his South Bay counterparts, the San Francisco 49ers, in Super Bowl 54.

The Sharks and 49ers have shown their appreciation for each other on several occasions, including during the playoff run this year for San Francisco where Tomas Hertl, Timo Meier and Erik Karlsson rang the fog horn at Levi's Stadium.

Hypppeddd for the Super Bowl 🏈

As Couture works back from an ankle injury, he won't be attending the game.

But he will be watching.

While some players, like Jimmy Garoppolo and Emmanuel Sanders, have Super Bowl experience, not all players on the team have been to the biggest game.

Logan Couture has championship experience in the 2016 Stanley Cup Finals with the Sharks.

He says the bright lights of the finals is different, but it all goes away once you hit the playing field.

"You realize that you're at the end and all eyes are on you. When you're going through it for the first time, there's a lot of nerves involved. It's kind of a whirlwind," he said. "It goes by and you're doing all these interviews and you almost forget about the hockey part a little bit. But for us, once the first game got going, a couple shifts in and you start settling in and it's almost like any other game."

Each franchise has felt the pain of making it to the biggest stage and coming up short.

To ensure that doesn't happen, the Captain says to leave it all on the grass and don't take the moment for granted.

"I still look back on that year, that series and that run that we had with great memories. Obviously, I wish that it would've ended differently, but the only thing is you don't want to have any regrets. You don't want to think about plays that you didn't make and plays that you left out there. It's very very difficult to make it to the Finals or the Super Bowl, so you really have to take advantage of it," Couture said.

RELATED: Super Bowl 2020: Everything you need to know about buying Super Bowl 54 tickets

Finally, how about a prediction for the big game from Couture?