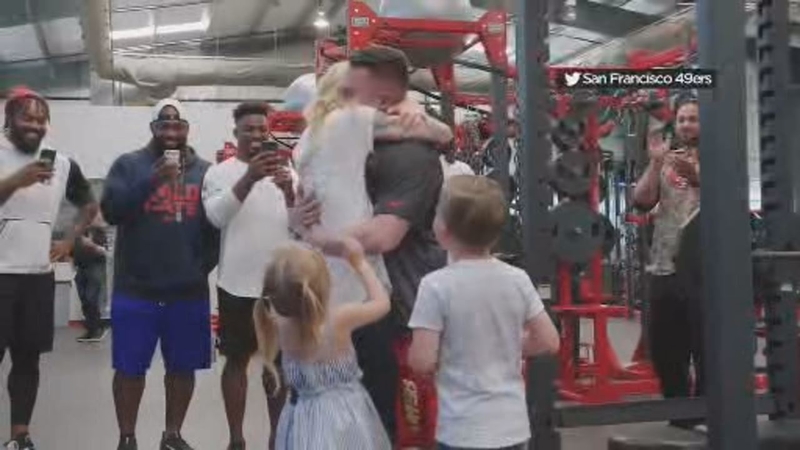 SANTA CLARA, Calif. (KGO) -- A special military homecoming surprise was held at Levi's Stadium for the family of a US Air Force soldier who returned home after a six month deployment.

U.S. Air Force Technical Sergeant Rob Thomas' family thought they were just getting a tour of the stadium when they were brought into a 49ers weight room.

Thomas posted video on Twitter that shows him pretending to be a member of the team with a gym towel draped around his head.

Unbeknownst to his family, @USAirForce TSgt Rob Thomas returned home from a 6 month deployment. His family thought they were just getting a tour of #LevisStadium... until this happened. pic.twitter.com/HhuHeTxMkk

But when he removed the towel, his family was brought to tears after realizing it was Thomas. "I missed you all so much, " said Thomas as he hugged his children.