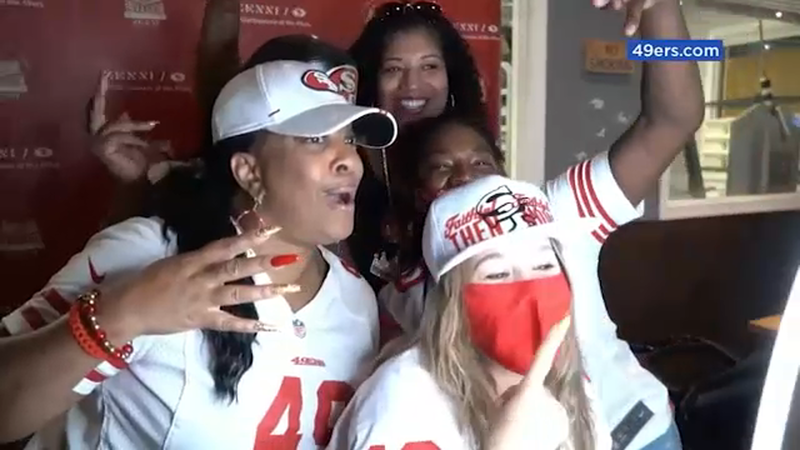 SAN FRANCISCO (KGO) -- There has been more attention about who is showing up to Sunday's NFC Championship game than the actual game itself.

It started from the last game of the regular season where the 49er Faithful took over SoFi stadium in Los Angeles, when the 49ers beat the Rams to get into the NFL playoffs.

So now the question has become: how many Niners fans will show up this time?

RELATED: Rally planned in LA for Faithful before NFC Championship

As of Thursday morning, the game had the potential to be the highest-selling non-Super Bowl NFL playoff game in StubHub history, according to ticketing representative Adam Budelli.

The average ticket price? About $1,200 according to Budelli. He spoke with ABC7 News Anchor Kumasi Aaron about the reasons the game has become so pricey, and the percentage chance he believes Sunday's game will be a "Faithful Takeover".

Click the video player above to watch the full interview, and be sure to tune into ABC7 News' new digital streaming show, '7@7', broadcast every day at 7 a.m.