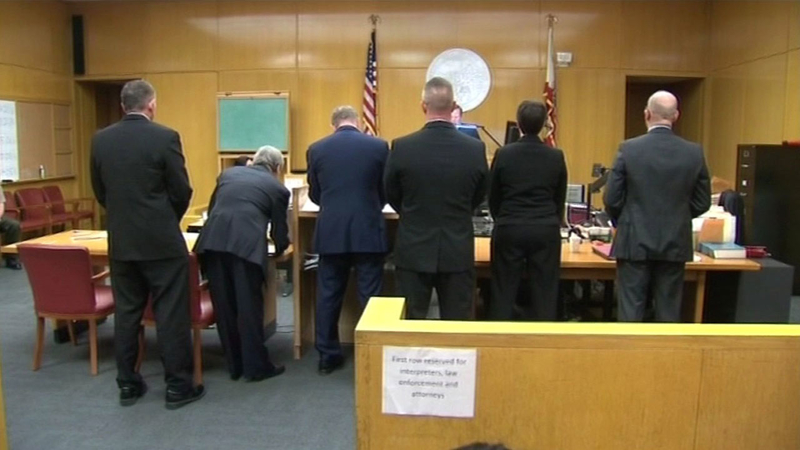 According to the statement of probable cause, Neu told the inmates to say they "fell off the bunk" if they got injured.

Neu allegedly forced a 150-pound inmate to fight another inmate more than twice his size.

When asked if Neu was running a fight club, he didn't want to comment.

While Neu isn't commenting, his attorney is saying: DA George Gascon is creating a smoke screen.

"This is a situation for political reasons to cause a distraction over the incredibly high crime rate in this city," attorney Harry Stern said.

Gascon said Neu forced the inmates to fight. "Including that they would be handcuffed, beaten, maced," he said

Neu's attorney said that's not how it went down. "They started out as my understanding really over a disagreement of who was in better shape," Stern said.

Jones is accused of looking the other way. "He's scared to death. He's a law enforcement officer this is not supposed to happen," said Bill Rapoport, Jones' attorney.

His attorney says he did nothing wrong. "Standing back watching for a few seconds and then telling the people that were on the floor wrestling to get back in the kitchen where they belonged," he said.

A third deputy also charged is expected to appear in court Tuesday morning.