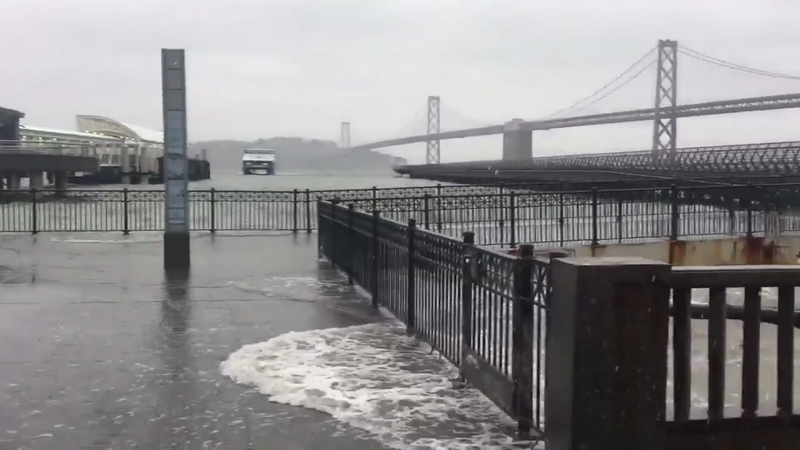 SAN FRANCISCO, Calif. (KGO) -- An advisory warning people to avoid the Embarcadero in San Francisco between Howard Street and Mission Street was issued again Sunday after similar flooding the day before.

The advisory was lifted shortly after 1 p.m.

Avoid the area of Embarcadero between Howard and Mission due to flooding. Pier 14 currently closed. Gate G is open. https://t.co/ux1btsoPrd

The San Francisco Department of Emergency Management tweeted for people to avoid the part between Howard Street and Mission Street. They also said that Pier14 has been closed.

People were advised to avoid the same area on Saturday.

Here’s what it looks like along the Embarcadero. Pier 14 is closed @abc7newsbayarea pic.twitter.com/Z4pVb3EGot