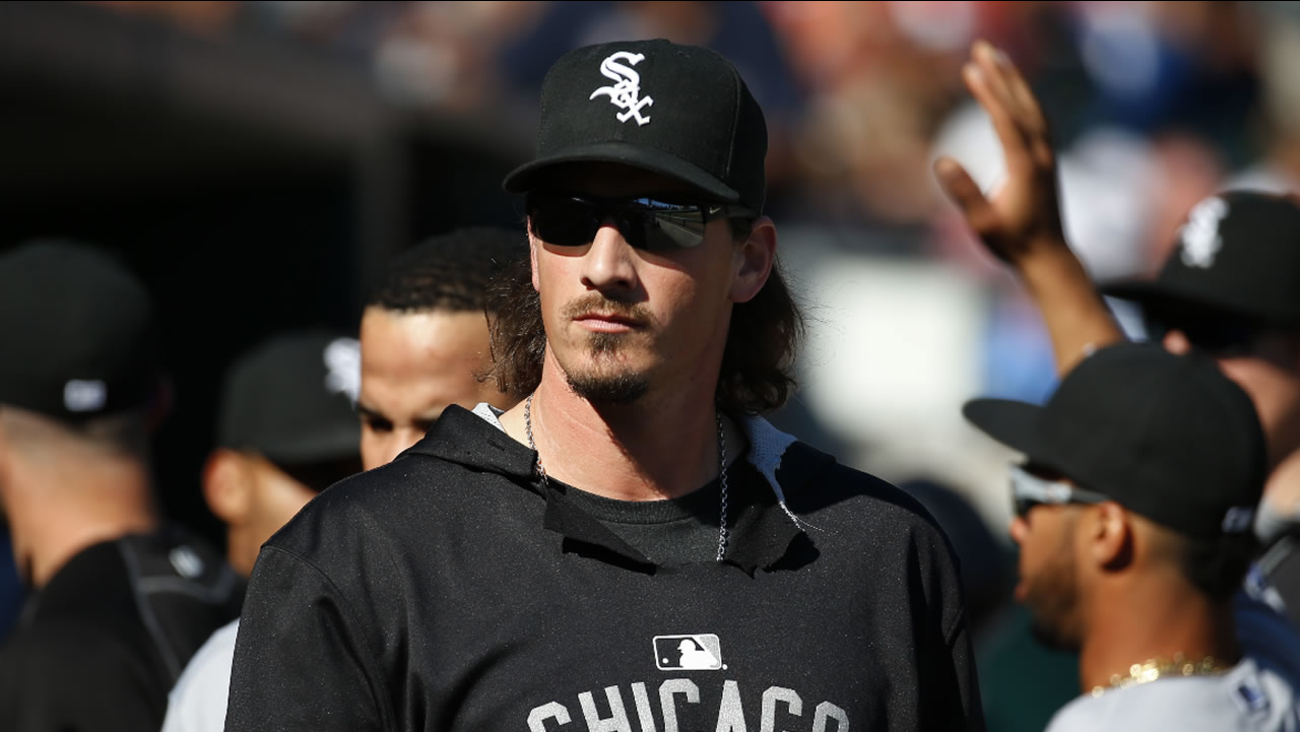 Chicago White Sox pitcher Jeff Samardzija watches from the dugout against the Detroit Tigers in the eighth inning of a baseball game in Detroit Wednesday, Sept. 23, 2015. (AP Photo/Paul Sancya)

SAN FRANCISCO (KGO) -- Free-agent pitcher Jeff Samardzija has agreed to a $90 million, five-year contract with the San Francisco Giants, who lost out on Zack Greinke a day earlier.

The team said Saturday that before an announcement can be made Samardzija must pass a physical that is set for Tuesday.

Samardzija won a career-high 11 games this season for the Chicago White Sox, going 11-13 with a 4.96 ERA in 32 starts. The 30-year-old pitcher spent the second half of the 2014 season in the Bay Area with the Oakland Athletics following his trade from the Chicago Cubs.

Jeff Samardzija has agreed to terms on a five-year contract with #SFGiants pending a physical. pic.twitter.com/HMUsGiDSLu