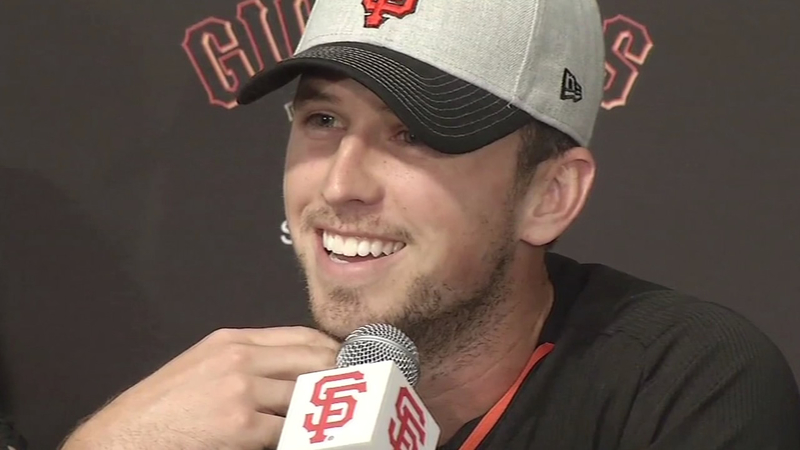 On Wednesday, Posey and his wife, Kristen, announced they're launching an awareness campaign.

The couple announced they're going to focus their philanthropy this season on pediatric cancer, research and treatment.

Buster said their passion comes from being parents. "Before I came in here I said a quick prayer, to get through this without being too emotional because it does mean a lot to me, and my voice is cracking, I've avoided tears so far, but again thanks to everybody for being here and as Larry said I'm really looking forward to being impactful, helping people," he said.

The help is going to come from several sources. They revealed new limited edition hats that will go on sale and the proceeds will be used to benefit kids with cancer. There will be a gold ribbon on the hats, which indicates pediatric cancer awareness.

Awareness is another element of this campaign. Buster said they were very surprised and disappointed to learn that only four percent of funds raised for cancer go to pediatric cancer.

Another element that will help is patient-family support.

Parents and their children who have cancer were invited Wednesday to go out onto the field to meet players, so it was a very exciting day for those kids.