Giants fans holding out hope for Game 5 in San Francisco 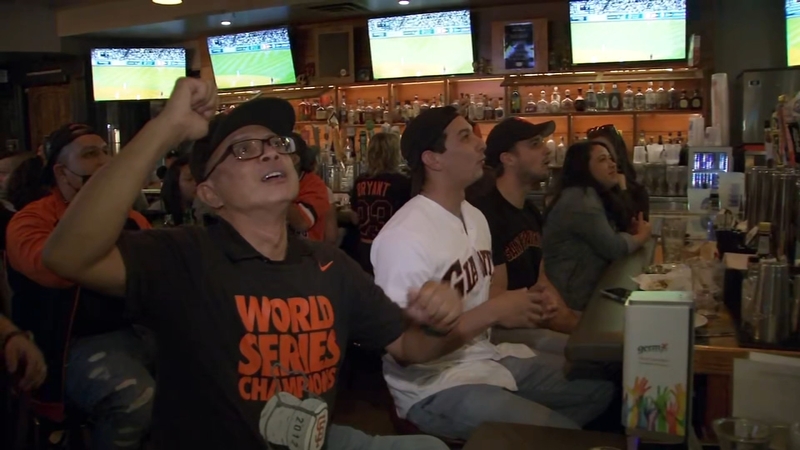 Giants fans holding out hope for Game 5 in SF

SAN FRANCISCO (KGO) -- Tuesday night many neighborhood bars in San Francisco were packed with Giants fans. At the San Francisco Athletic Club every table was full indoors and outdoors. Co-owner Neil Holbrook says that he brought on extra staff for Tuesday's National League Division Series game because they were so busy for Monday's game. He plans to do the same on Thursday too. Saying he expects crowds even with the Giants back in San Francisco.

One fan told us that the Game 4 loss doesn't have him down at all, saying he expects the Giants to shutout the Dodgers for a third time in the series. Others say going down to the wire is the only way it goes with Giants baseball, "I mean this is typical Giants fashion right? Giants always put us through torture," says Giants fan Rico Enriquez. We asked him how torturous Game 4 was and he said, "I was standing in the corner quiet all night!"

Giants fan Paul Delododici said, "It's not over yet, it's never over!"