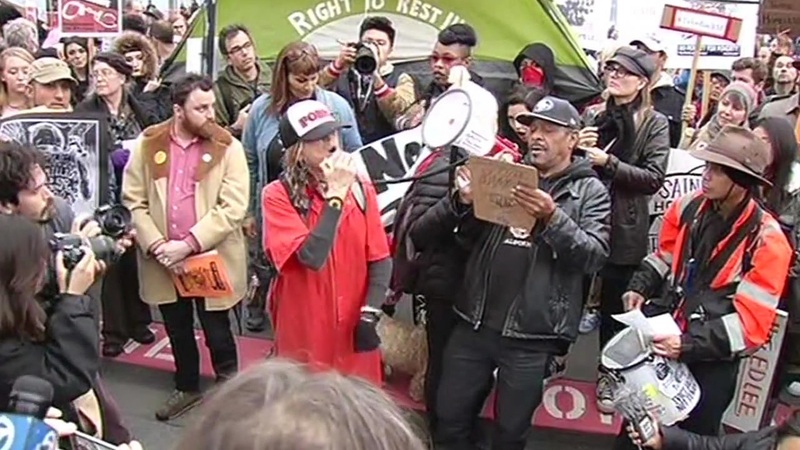 SAN FRANCISCO (KGO) -- A protest was held on the Embarcadero across from Super Bowl City early Wednesday evening. Police lined up to monitor the homeless advocates that sounded off and bring attention to San Francisco's homelessness crisis.

Homeless advocates are upset they have to move out as the big game moves in and that taxpayer money is being spent on the Super Bowl.

City officials estimate of the 6,700 homeless in San Francisco, about 3,500 live on the streets, many in ever-growing tent cities. 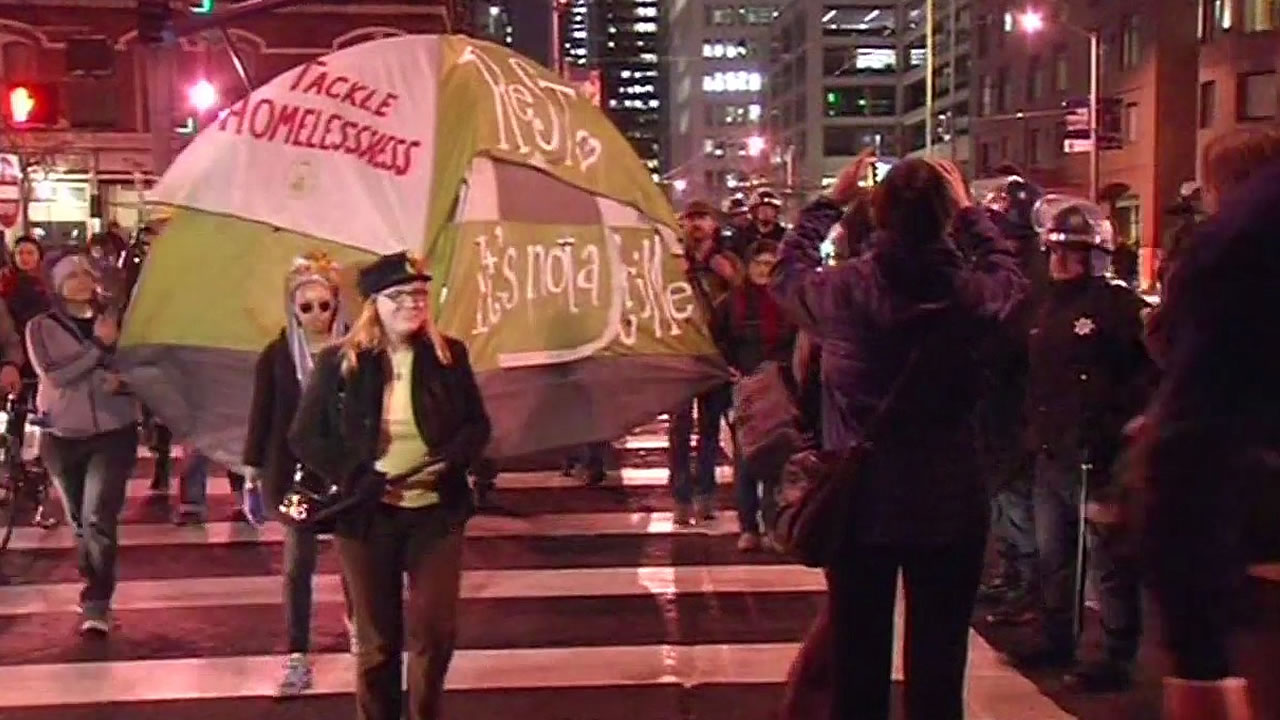 One homeless man we spoke to says he feels the pressure of Super Bowl 50. He said, "Pressure? Yeah, because they don't want certain elements around during the Super Bowl."

Some of the homeless and their advocates wanted to make their presence known while the whole world, or at least football fans, is watching. They erected a tent city, right across the street from Super Bowl City.

"We have a corporate party that the city is giving away $5 million to hold and we would like to have seen that money go to ending homelessness," Jennifer Friedenbach from the Coalition on Homelessness said. 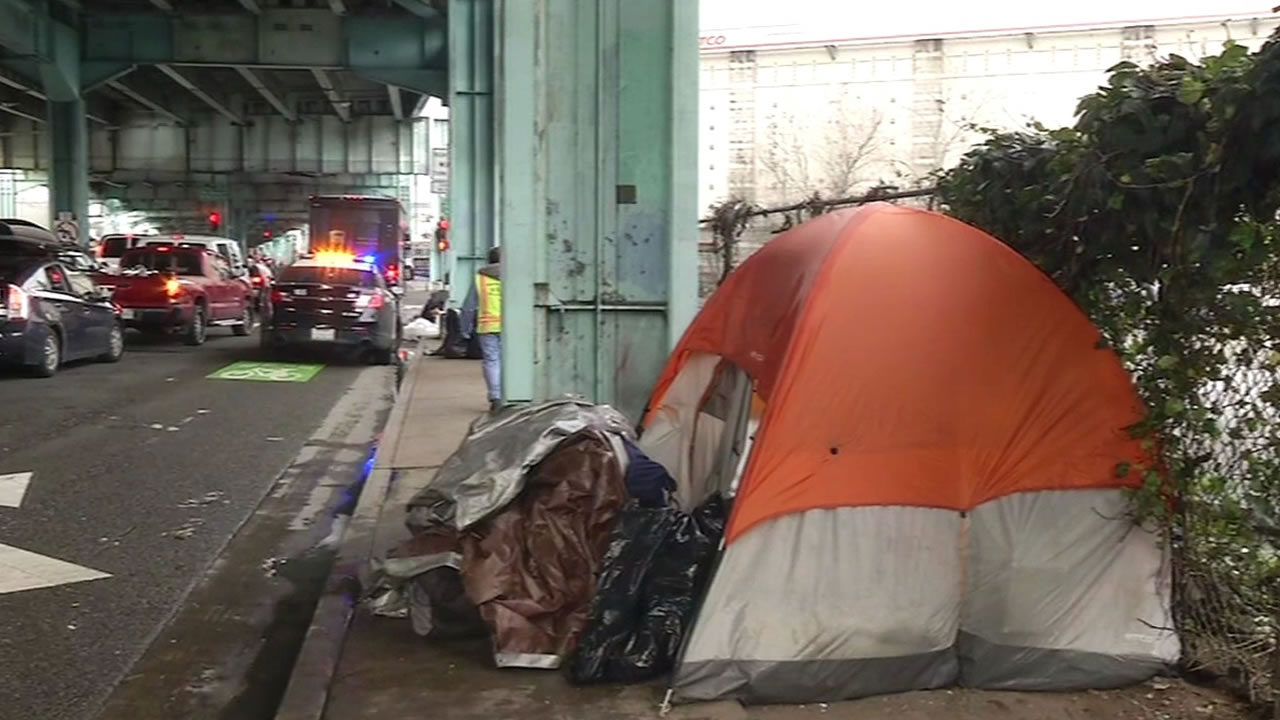 The protest is designed to grab tourists' attention, but those who have seen the tent encampments under Highway 80 and 101 know there's a serious homeless problem.

San Francisco Police Chief Greg Suhr has said protests are OK, as long as they are peaceful.

Some of the homeless might be persuaded to move into a 150-bed shelter at Pier 80 that could open on Thursday. Trent Rhorer, the director of the San Francisco Department of Human Services, says it's not an attempt to hide the homeless rather an effort to protect them from the coming storms.

"We're talking about the most vulnerable San Franciscans, many of whom have been on the street for a number of years, we need to get them in doors irrespective of whether there's a Super Bowl," Rhorer said.

And the Homeless Coalition believes some people will go, but hopes a protest with the world watching will lead to more permanent solutions.