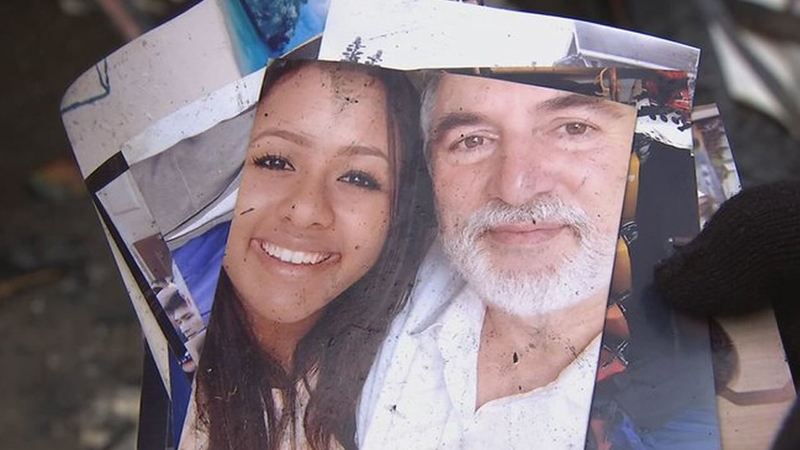 SAN FRANCISCO (KGO) -- A San Francisco woman and her father were killed after their house caught fire early Wednesday morning.

Neighbors say the woman was 23-years-old and had just started law school. Her father was taken to the hospital in critical condition but later died from his injuries.

Her father has been identified as Ricardo Ron.

"The young woman arrived at the hospital and she was pronounced dead. And about 30 minutes ago, we found out that he, the father, just passed away as well," said San Francisco Supervisor Ahsha Safai, who represents the District.

Neighbors say they had recently lost the mother to cancer and had been struggling with her death. The family dog also died in the fire.

"I knew the girl since she was a little toddler and they were just good people and I hate that this happened to them," said Sara, a friend and neighbor who did not want her last name used.

The call came in from Delano Avenue around 2 a.m. Father and daughter were still in the house when firefighters got to them.

Next door neighbor Joel Macdonald tried to save them. He could hear the woman screaming for her dad.

Neighbors could hear screams and saw a lot of smoke.

"Get out get out! Different voices trying to say get out. I later understood my neighbor here was trying to help them get out so I am not sure whose voices were saying, but a lot of screams to try and get out," said Justine Underhill.

SFFD has determined the fire on Delano Ave. SF that killed father and daughter was not arson. Was not intentionally set. Still investigating what caused it. pic.twitter.com/dBNsmNJHU3

"The firemen come and banged on our door and yelled 'get out! Get out,'" said Jean Vaal.

The Vaal Family lives right next door-- the fire charred the side of their home. They've known their neighbors for 20 years.

By late morning, news of the woman's death had spread. One neighbor left flowers in the driveway.

"It just makes you realize how precious life is, how quickly things can change," Underhill said.

Neighbor Yola Schmitz discovered a jewel in the rubble-- a photo album. Something she'll treasure forever.

"Here she is again," Schmitz said looking at the photos. "Look at Camilla. She's beautiful."

This neighborhood is an old tightknit community-- everyone knows one another.

The loss is so tragic and the pain is so intense.

SFPD has determined that the fire was not arson. They're still investigating what caused it.

They don't know if the home had working smoke detectors but say first responders and neighbors did not hear any alarms.

The coroner's office has not yet released the identity of the woman. They are trying to notify relatives.

A woman - neighbors say she was in her 20’s- was killed when her house caught fire overnight. This is on Delano Ave. in San Francisco. A man who lived here- identified by neighbors as her father- is in very critical condition. pic.twitter.com/b4ftIFgWuv

Latest on deadly #SF fire...
Neighbor: “I heard her screaming, ‘Dad!’ And I was screaming, ‘Camilla come out!’ She never came out.” https://t.co/0Fv3ke9AbZ pic.twitter.com/r4ygweTg7S

A neighbor tells me the daughter living here with her father just started law school. The family has lived on the street for at least 20 years. The mother died of breast cancer not long ago.
• Fire started at 2am one of the people inside did not survivehttps://t.co/0Fv3ke9AbZ pic.twitter.com/efZZH498Xi

This is so devastating...
Joel Macdonald is a neighbor. (He did not want to show his face on camera) but described in this video the flames. He says a father and daughter live in the home. Macdonald heard her yell “Dad! Dad!”
One of them did not survive. pic.twitter.com/3eKduandBr

#BREAKING Investigators are trying to figure out the source of a fire that destroyed this home in the Mission Terrace neighborhood. Two people were inside the home. One person died and the other is seriously injured. pic.twitter.com/lrQQhKQAbd