Runners mix with revelers in annual Bay to Breakers in SF

SAN FRANCISCO (KGO) -- Runners mixed with offbeat revelers for the 103rd running of Bay to Breakers Race in San Francisco. But it got off to a slow start.

Despite a delay, more police and more rules kept things calmly moving during Sunday's race. But in keeping with tradition, there was still a splash of outrageousness in the crowd. New organizers this year say they're getting serious about the future of the race.

The first wave of runners left the starting line a little late because of a problem with scaffolding on Hayes Hill.

"There were a couple pieces of infrastructure that needed to be completely secured," said event organizer Matt Wickstrom. "They were, and once we got the green light from the city and the police we started the race."

It only took the lead runners about 35 minutes to cross the finish line, but everyone was delayed by about 25 minutes.

For the elite runners of the race, the delay was an issue.

"We were a little cold," said women's race winner Diane Johnson. "I would say when I started, my legs were a little tight because I warmed up but then I got cold again. But I mean, it's fine."

The aim of the new management team is to turn Bay to Breakers back into a runner's event. 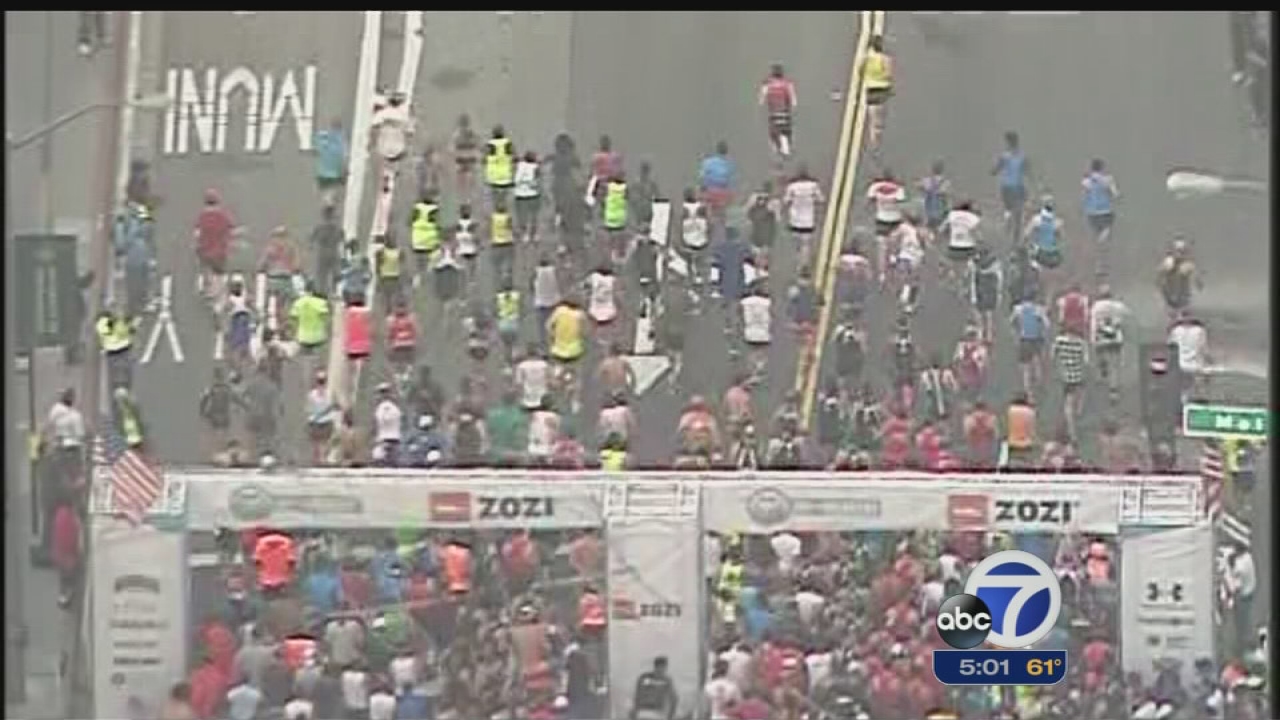 "If you look back at the late 80's you had almost 80,000 registered runners," Wickstrom said. "It was a true runner event. I think maybe a couple years ago it became a little more of a spectacle."

With that in mind, organizers and police clamped down on rules against backpacks, wheeled contraptions, booze, and nudity.

But there were still plenty of costumes and scantily clad participants.

For long time participants of Bay to Breakers, it was still a fun event. This was Tom Sweeney's 40th run.

"They did a really good job and last year they did a great job," Sweeney said. "So I think it's gonna continue like this from now on, it's a safer environment now I'd say."

There were nearly 40,000 runners registered for this race.

City crews clean up after Bay to Breakers

Though the big Bay to Breakers race is over, the memories and the trash linger. 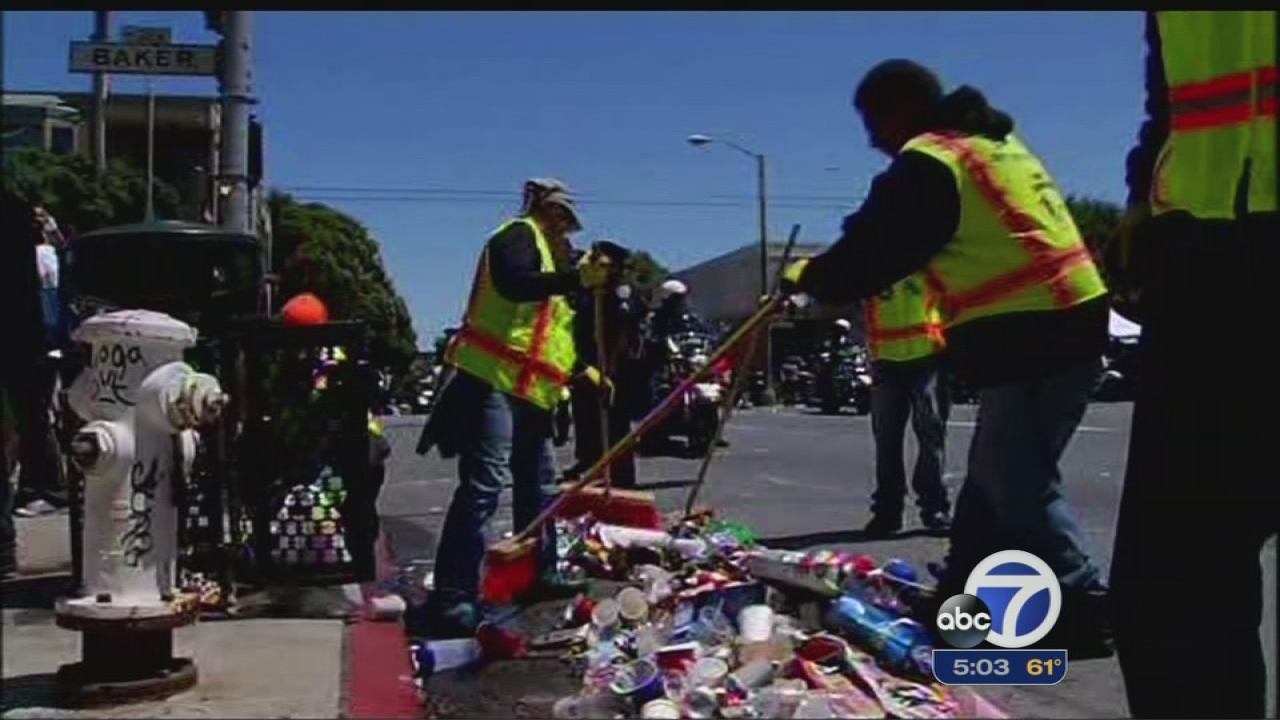 City crews clean up after Bay to Breakers in SF

Controlling the partiers was another story. Though, only a few people were arrested.

Extra police along the route enforced the no alcohol policy. Many had their booze taken away and dumped out.

"There's a lot of drunk people," said San Francisco resident Michael Neudeck. "At least the cops have been doing a good job keeping it under control. Like if you see a little fight breaks out, they take it away real fast."

Dwight Alexander was cleaning up his own sidewalk on Fell Street.

"It was better this year," he said. "A little less public intoxication, less urination. But still, it's a challenge."

Lots of trash was left behind in the Panhandle to Golden Gate Park.

Alamo Square was a different story. Half the park was fenced off and police were on duty after too many complaints from neighbors about drunken spectators.

"With the closure of Alamo Square, it became a big advantage for us because we were able to ensure that the public was safe," said SFPD Captain Greg McEachern. "That there was no public safety issues inside the square, and we were able to limit the intoxication and alcohol drinking."

Neighbors say it worked. Holly Butler was happy for the extra protection

"It's my first year here," she said. "But I'm glad they close the park. I was worried about all the trash. But now it's super clean." 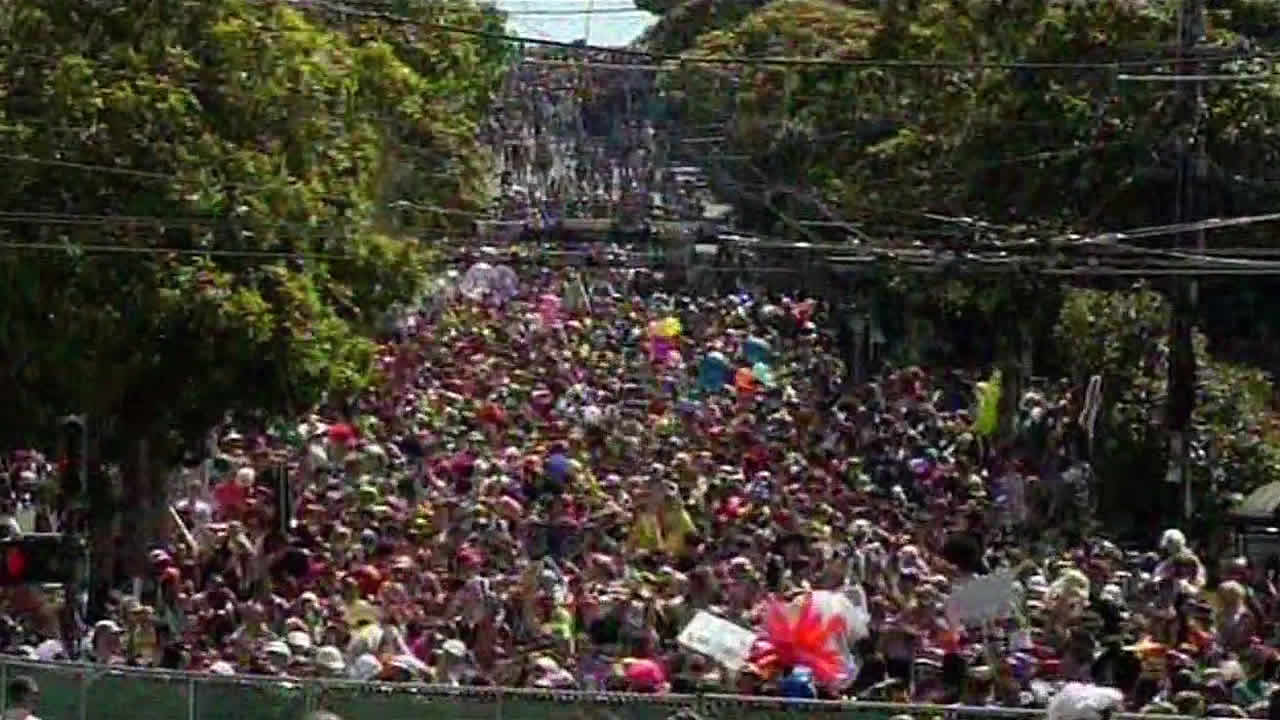