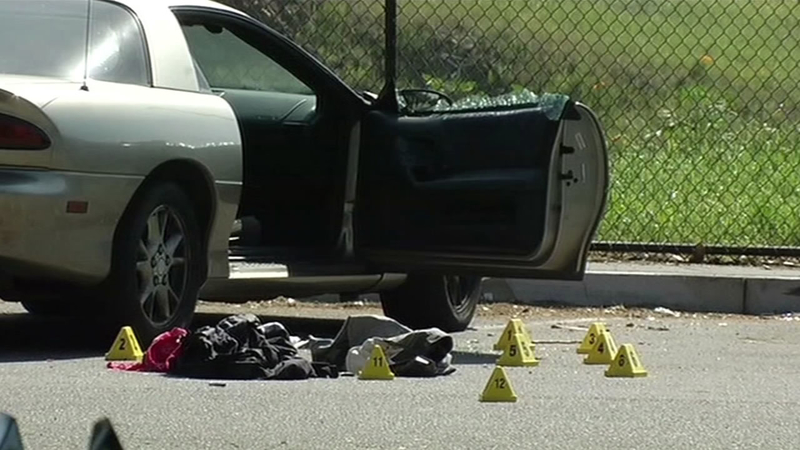 Officers responded to a report of a double shooting in the 700 block of Moscow Street at 9:36 a.m. on Monday, San Francisco police spokesman Officer Albie Esparza said.

According to the police, the two young men were sitting in a Camaro when they were shot multiple times, possibly as if someone walked up to that car and shot into it.

""That's going to be part of the homicide investigation, does it appear to be targeted," explained is this Officer Albie Esparza with the San Francisco Police Department.

Just feet away was a crew of San Francisco Park and Rec workers. None of them were injured. They were questioned by police in hopes they may provide information on the shooters.

There were also quite a few neighborhood residents nearby using the soccer fields, which gets a lot of traffic. Regulars say they're surprised to see the crime scene.

"I was trying to get in, but I saw the police cars so I decided to park on the street," said Ahmed Alsaifawi, a neighbor.

"It shouldn't scare us because it depends who and why and where these people are from," said Danilo Posadas, another neighbor.

As details of this double shooting began circulating through the community, there was a lot of emotion from people who knew the victims. At San Francisco General Hospital, friends and family of the two young men gathered.

A gang task force officer who was also at the hospital he said he knew the two victims, but wouldn't say if they were in a gang.