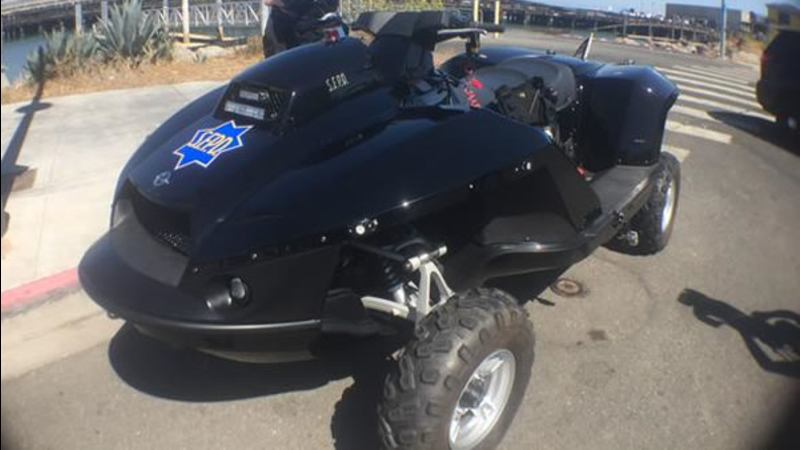 The "quadski" goes way off road. It can turn from an ATV into a jetski with the flip of a switch. People are comparing it to the Batmobile.

It is basically a Transformer. It converts from an all-terrain four wheeler to a jetski and Tuesday is its official unveiling for Law Enforcement Appreciation Night at AT&T Park.

"It's pretty unique. This watercraft will do 45 miles per hour on land or water. It just changes from mode to mode in a push of a button," SFPD Sgt. Keith Matthews said.

This launch is the official rollout of the police department's latest addition to the marine fleet.

Two of these quadskis were donated to the city by Mark Benioff. He tweeted a congratulations to the department and Chief Greg Suhr when it was spotted this weekend.

The fire department will be getting the second vehicle.

"We're all about safety. We just want to check and make sure that people have the proper equipment that are going to be out in the water. It gets a little crowded and busy in McCovey Cove," Matthews said.

The quadski will be part of Tuesday's patrols in what's often a crowded spot outside AT&T Park.

The police department's quadski made a big splash this weekend when it was in water for the first time during the Giants versus A's game.

San Francisco isn't the only city to put these transforming crafts into service.

Last year, the Dubai police force added a few to their fleet to chase down speeding jetskiers. SFPD will likely use it for rescue operations.

"The sideboards on this thing lends themselves to picking up folks and this is the two-seater design, Mr. Benioff picked that one out for us, which is great because we found it is very, very stable," Matthews said.

On Tuesday night, the San Francisco police quadski assignment will be a little less action-packed. It will be part of the Giants game's opening ceremonies for Law Enforcement Appreciation Day.

The San Francisco Police has added a transformer to its Marine Fleet. I got look at the PD's #Quadski. pic.twitter.com/SOhPvJ5d3Q 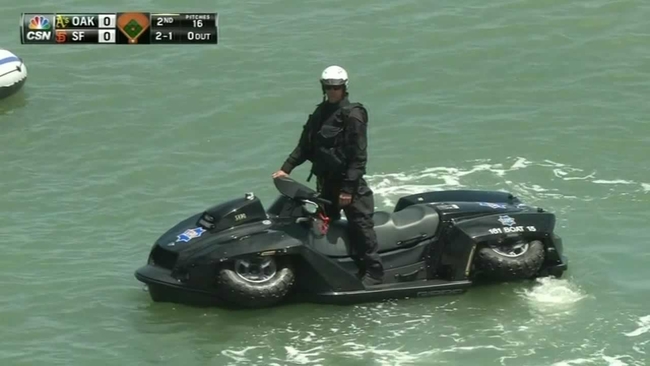