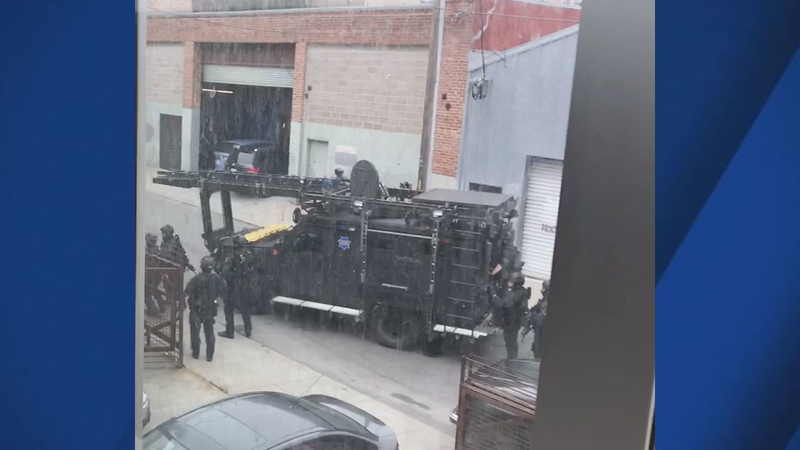 SAN FRANCISCO (KGO) -- Details were just released on a federal and state law enforcement partnership that led to more than 75 arrests which are the largest number of arrests in ATF's history.

The goal was to get guns and drugs off the streets. "Operation Cold Day" went down this past Tuesday and Wednesday according to police.

90 firearms were seized, many of them stolen, more than 100-ounces of narcotics and more than 48-stolen vehicles.
This was a partnership between ATF as well as law enforcement in San Mateo and San Francisco counties.

One neighbor shared cellphone video he took on Tuesday at Brush and Hallam in San Francisco. He says it was like something out of a movie.

"When we saw all of this we were again shocked but pretty happy that there's some type of activity now that's been taken to push these individuals that are creating these situations in our community out," the neighbor who wanted to stay anonymous told ABC7 News.

"One firearm in the hands of a gang member or a prohibited person is one firearm too many," said Jill Snyder the ATF Special Agent in Charge.

"As many of them said when they were arrested leaving out the obscenity that goes with it they said I'm really messed up they knew what they faced and that's what they'll be saying to anyone else in their world who might engage in this conduct," said Steve Wagstaffe, the San Mateo County District Attorney.

"Early on some folks made some comments that it would be a cold day in you know where before an operation like this would come together and he made a comment that maybe we ought to call the operation cold day and there's why the name is cold day," said George Gascon, the San Francisco District Attorney.

ABC7 News also learned why Daly City in San Mateo County was chosen for some of the "real estate" needed for this sting portion of this operation -- the obvious answer that it would be less expensive than San Francisco.