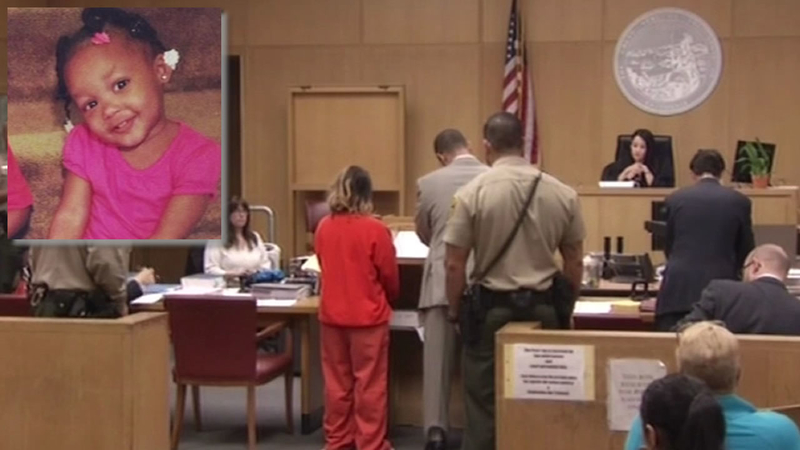 SAN FRANCISCO (KGO) -- The hit and run death of a 2-year-old girl in San Francisco has divided her family because the child was in her aunt's care.

Mi'yana Gregory was hit and killed Friday night on Mission Street in San Francisco. But the arrest of her aunt who was babysitting Mi'yana and her twin brother that night is polarizing family members into two camps.

Loyresha Gage, the aunt, was arranged on Thursday at the Hall of Justice on a child endangerment charge. She was visibly shaken as she faced the judge in court. The child's parents did not attend, but many family members did and they all had strong opinions about this case.

"She belongs to everybody because she touches everybody's heart. She's now part of everybody," Mi'yana's paternal great grandmother Cynthia Johnson.

ABC7 News spoke to Johnson at the salon where she works as a hairdresser. She said she is grateful for all the support the family has received.

The fatal accident happened Friday night when Mi'yana's aunt was at Mission between Fourth and Fifth streets with the child and her twin brother. Police say Gage was walking against a red light. They say she abruptly left Mi'yana in the middle of the crosswalk.

"Her youngest brother refused to walk with her and she returned to grab Mi'yana's brother and Mi'yana was left in the middle of the street," said San Francisco District Attorney George Gascon.

The driver, who had a green light, hit Mi'yana and never stopped. Security cameras captured the car which police say is a white, four-door sedan. Its driver is still missing.

On Thursday, Gage sobbed frequently during her arraignment on a charge of child endangerment. She pleaded not guilty. The judge set bail at $50,000.

Outside the courthouse, Gage's attorney, San Francisco Deputy Public Defender Kevin Mitchell, said his client is not the guilty one. "I don't think it's right to have someone in custody or someone accused of a crime when someone else is outstanding and is responsible for it," Mitchell said.

The case has torn the family apart. ABC7 News asked Irene Mathews, Mi'yana's maternal great grandmother, if she thought her daughter's move was irresponsible. Mathews replied, "No. No. She's probably kill herself if she know she did that."

"She should pay the price for what she did. She took my granddaughter away from here, something she can never ever give back to me," Johnson said.