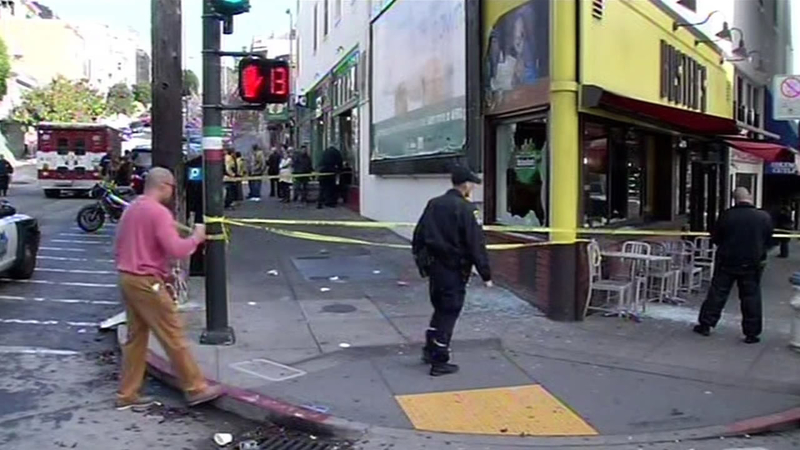 SAN FRANCISCO (KGO) -- Police are searching for a suspect accused of shooting a man in his 60s in San Francisco's North Beach neighborhood on Sunday afternoon.

Officers responded to a report of the shooting in the area of Columbus Avenue and Vallejo Street after an argument around 3 p.m.

There were a lot of people in the area and people eating inside the Buster Cheese Steak's restaurant when the shooting occurred.

The bullet shattered two windows at the restaurant on Columbus Avenue.

It all happened because of an argument that started on a crosswalk on Vallejo Street.

As Mottini was crossing Vallejo Street against the signal he began yelling at a driver of a Mazda SUV who may have driven too close to him.

Several witnesses say that's when the situation quickly escalated. "He took his cane out and whacked his car. Interestingly enough just as he did that I said, 'Roy, you're gonna get yourself killed if you don't stop doing that.' The guy gets out of his car and pops a cap off," Kim Burrafato said. 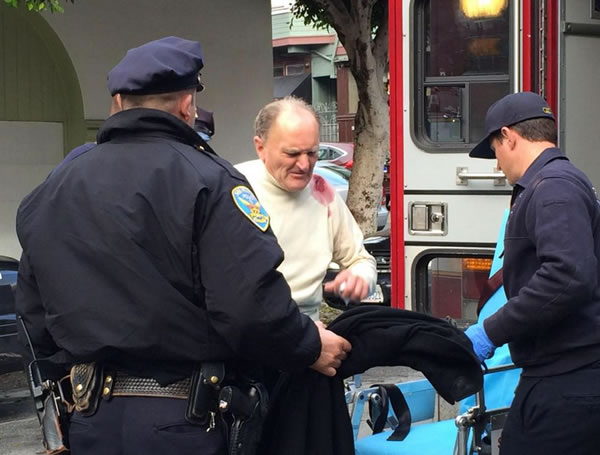 Mottini was attended to by paramedics after being hit in the shoulder with a gunshot and was taken to a hospital for non-life threatening injuries.

No one inside Buster's Cheese Steak restaurant was injured by the bullet or the flying glass.

Witnesses told ABC7 News the shooter jumped back into his car and sped off in a grey SUV.

There are pictures of the getaway car and police are actively looking for the suspect.

This is an ongoing investigation, so police are hoping anyone with information will contact them.