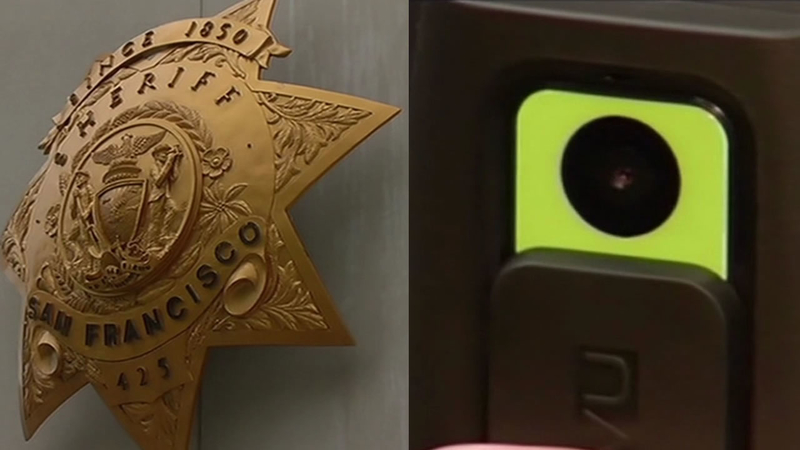 The move comes amid an FBI investigation into allegations that four sheriff's deputies forced jail inmates to fight gladiator-style and bet on the results.

According to the sheriff's department, it has been trying for years to get funding from the city to implement body-worn cameras, but has been unable to get an allocation from the budget.

Undeterred, the sheriff's department will pay for the cameras itself, with funds it has been "scraping together" to purchase an initial 30 cameras, Sheriff Ross Mirkarimi said in a statement.

The first deputies to receive the cameras will be those working in County Jail No. 4 at the Hall of Justice, where the alleged forced fighting took place.

"It's my belief that fitting our deputies with body cameras, combined with personnel, training and policy reforms that are also in the works, are tools that will help to foster a more durable trust with the public, our inmates and their loved ones," Mirkarimi said.

Before the cameras are implemented in the coming months, however, the sheriff's department will need to come up with a policy governing their use -- including their ramifications for privacy rights.

Other departments throughout the country have enacted policies regulating their use in jails, with special consideration for areas like showers or during strip searches.

Oakland police do not require officers acting as guards to turn on body cameras. A draft policy by Seattle police released last year states that jail inmates have an expectation of privacy and for the most part body cameras should not be used there.

But San Francisco Public Defender Jeff Adachi, who revealed the alleged forced inmate fighting last month, said Tuesday he overall supports the idea and thinks the cameras should be in use as much as possible to corroborate events and protect both inmates and deputies.

"What we want to make sure is the cameras are in operation at all times when there's the potential for violence," Adachi said. "In the area like the showers or something like that, they can turn them off."

He said outside of those circumstances, the deputies should have little leeway to turn them off.

The sheriff's department says they're going to find $50,000 to pay for 30 cameras. However, Adachi thinks 30 cameras aren't enough.

"It's going to be quite limited. Body cameras aren't effective unless everyone has one," he said.

Supervisor John Avalos said that he is supportive of the sheriff's department using body-mounted cameras but believes that oversight will be needed.

The privacy of both the public and the deputies involved needs to be protected, Avalos said.

He said there needs to be guidelines for when the cameras are turned on and off and that another government office should be assigned to oversee the program and hold the department accountable.

Avalos also expressed concern that the data storage costs for the program would likely be exorbitant and would have to be factored into the budget.

Meantime, the four deputies accused of organizing and betting on the fights among inmates are still on paid leave pending several investigations.