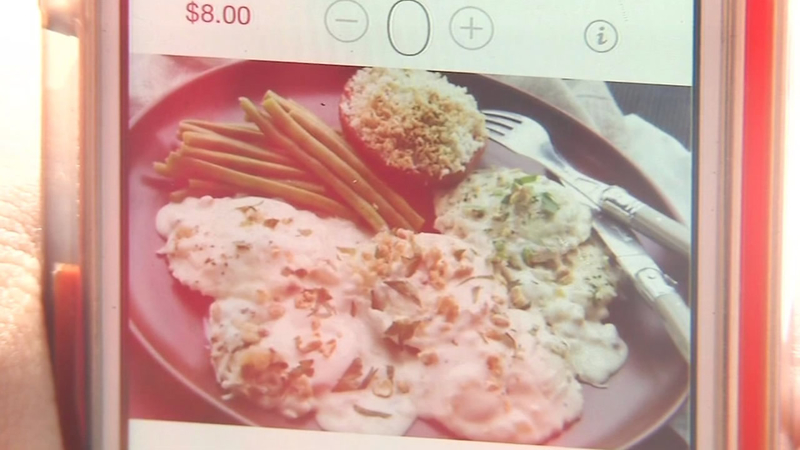 SAN FRANCISCO (KGO) -- Eating dinner is expensive in San Francisco, but one local startup is trying to set a world record for people to get a hot meal delivered for a price you won't believe.

You might have seen little cars around town marked SpoonRocket, but the car is just the tip of the iceberg.

SpoonRocket is getting ready for something big. Last year, ABC7 News reported on a startup called Sprig that delivers dinner on demand in San Francisco.

It was Sprig for dinner, but soon SpoonRocket launched for lunch on demand. And now, the battle is on.

After Sprig began serving lunch in April, SpoonRocket is taking the wraps off its San Francisco dinner menu.

"This is my favorite, this is our southwest tuna salad," a SpoonRocket employee said.

SpoonRocket actually quietly launched its dinner service a few months ago. But with this official launch, they've seen their customer numbers jump a hundred fold.

The startup offered to give customers their first dinner meal for $1 on Tuesday from 5 p.m until 9 p.m., when it would normally cost $8.

"It was insane. In 24 seconds, we had 300 orders," SpoonRocket executive administrator Ashley Gonzales said.

"We are trying to hit, actually set the record for the world's largest virtual dinner party," Gonzales said.

To do it, they've put dozens of drivers on the streets.

The meals are already in the car and the car is already in your neighborhood, even though you haven't ordered yet.

"The algorithms behind it is incredible. We're constantly trying to get our delivery times lower and lower every single day," Wong said.